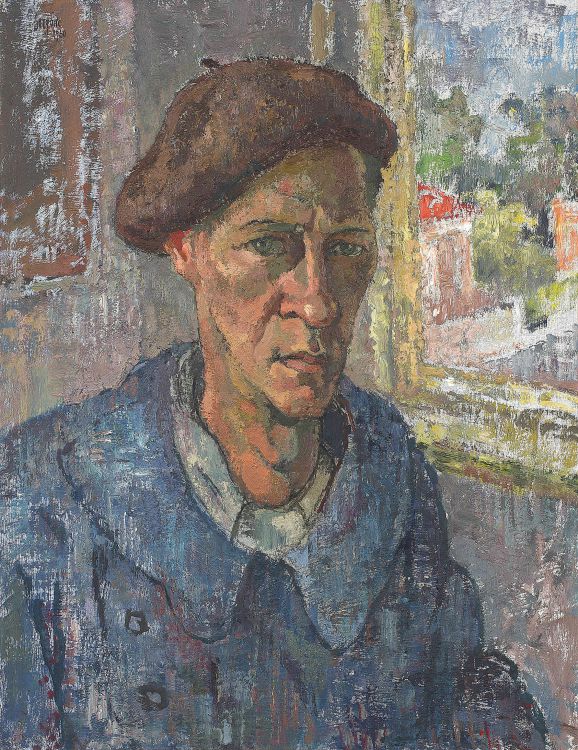 Gregoire Boonzaier
South African 1909-2005
Self Portrait in Blue Smock
signed and dated 1960; signed, numbered 9 and inscribed 'Self portrait' in English and Afrikaans on the reverse
oil on canvas
67 by 52cm excluding frame

Boonzaier’s many self-portraits serve to record the artist’s changing visage over a long and productive lifetime. His obsession with texture, surface and character, synonymous with his output, makes manifest in this example, a work painted at the height of his career. The artist, identified by his blue smock and customary beret, gazes directly at the viewer with an expression of quiet reflection, alongside an urban landscape which simultaneously reads as a painting or window into another world. 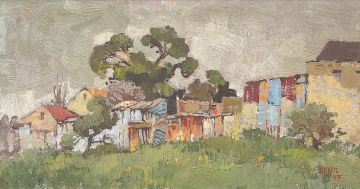 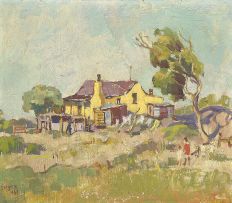 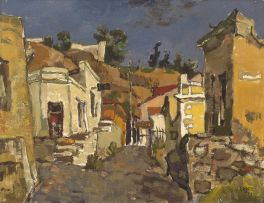 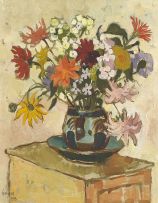 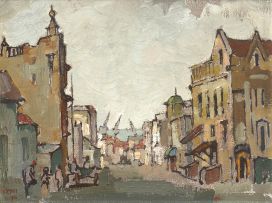