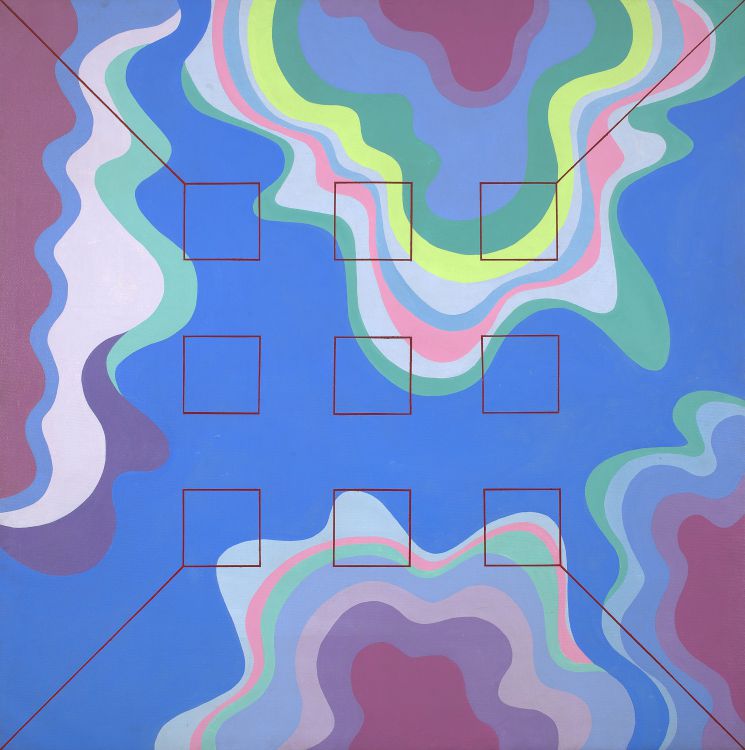 Accompanied by a copy of Sotheby Parke Bernet, South Africa, 2 May 1984 catalogue.

“From the 1960s until the early 1970s, Kevin Atkinson’s restless sense of experiment saw him produce a varied body of work that was mainly concerned with then optical effects of light, colour and form. Hard Edge painting, kinetic light boxes and ‘environmental’ paintings, largely in the form of mural commissions, were evidence of his then-concern with technology and optical and retinal effects”.1

As a testament to this Atkinson helped establish the Cape Town Graphic Workshop in 1970, shortly before accepting a lecturing post in design at the Michaelis School of Fine Art at The University of Cape Town in 1972. In the accompanying photograph he can be seen with fellow artist Walter Battiss (who had acquired the present lot) in a studio at Michaelis, engaged in discussion.

As Esmé Berman writes, Atkinson was “a particularly alert and articulate human being, whose lively mind (was) receptive and responsive to contemporary ideas. He is profoundly conscious of the role of science in present-day existence and believes that study of the natural laws known to scientists should be incorporated in the basic training of artists”. 2 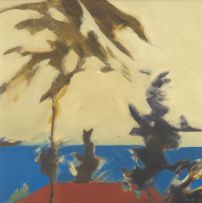 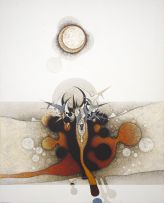 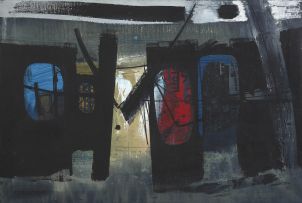 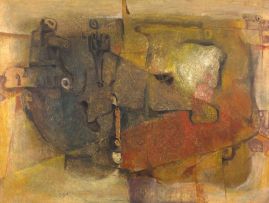 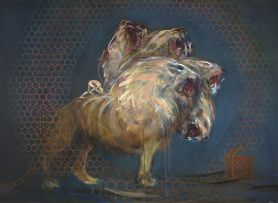 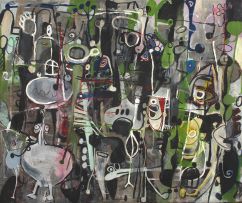