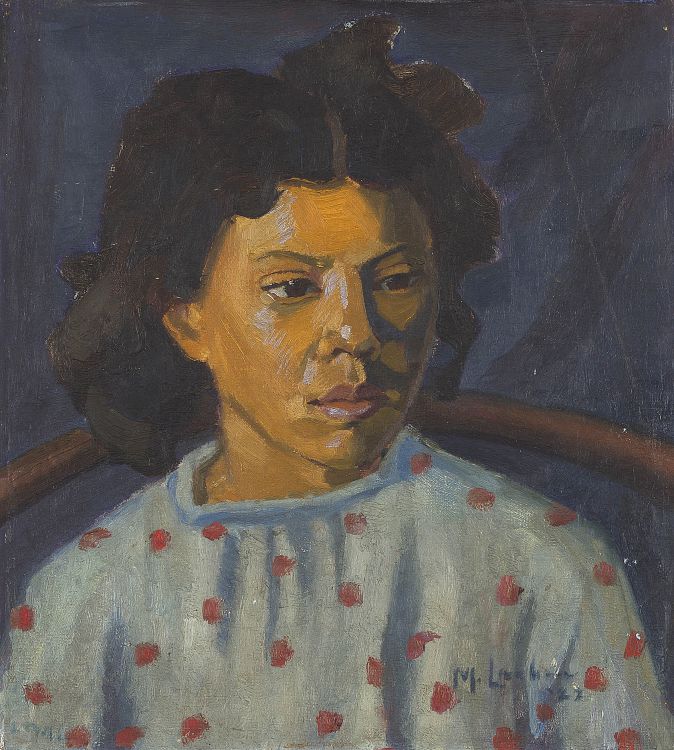 Maggie Laubser
South African 1886-1973
Portrait of a Young Girl
signed twice and dated 22
oil on canvas laid down on board
34 by 30,5cm excluding frame

From her late 20s to her mid-30s Maggie Laubser led a fairly peripatetic life – living in Holland, England, Belgium, Italy, and Germany, punctuated by a number of short and long trips back to South Africa. It was during one of these trips (a longer visit from 1921-1922) that Laubser is likely to have painted the present lot as the subject matter is in line with her ‘South African phase’. This includes a series of portraits of people who were associated in some capacity with her family’s farm, Oortmanspoort. In this painting, warm red dots act as a foil to the light blue of the sitter’s shirt and the cool dark purple-blue of the background. Throughout her life Laubser was interested in the treatment of light within her paintings, which had both literal and spiritual meanings for her. Here she plays with this by shining a bright light on the sitter’s face from outside the left of the picture plane, thereby casting the right side of the face in darkness and shadow; imbuing the painting with a maturity and seriousness seemingly beyond the years of this young girl. 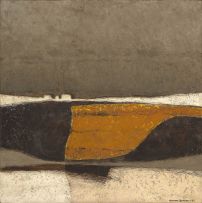 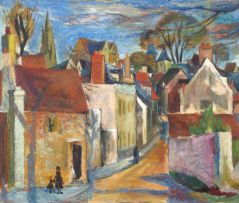 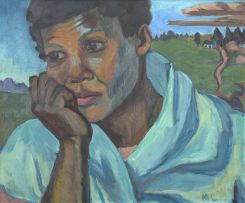 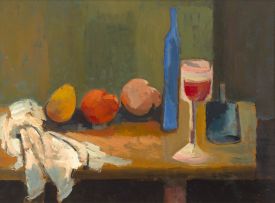 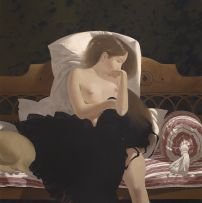