with rounded sides and everted rim, the interior decorated with a circular medallion enclosing a pair of ducks and lotus, the exterior decorated with two pairs of mandarin ducks swimming towards lotus blooms and millet sprays, above a lappet border, raised on a short straight foot, two hairline cracks, underglaze-blue Jiaqing six-character seal mark, 10,5cm diameter 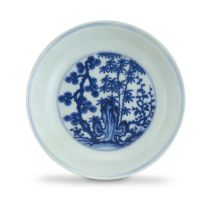 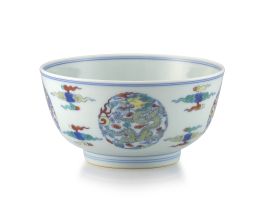 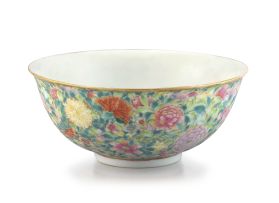 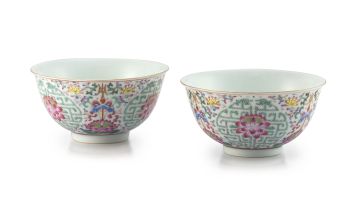 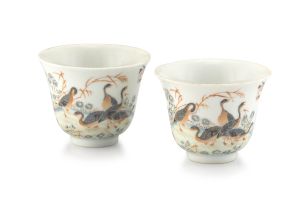 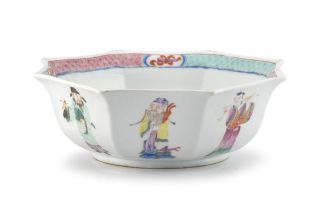