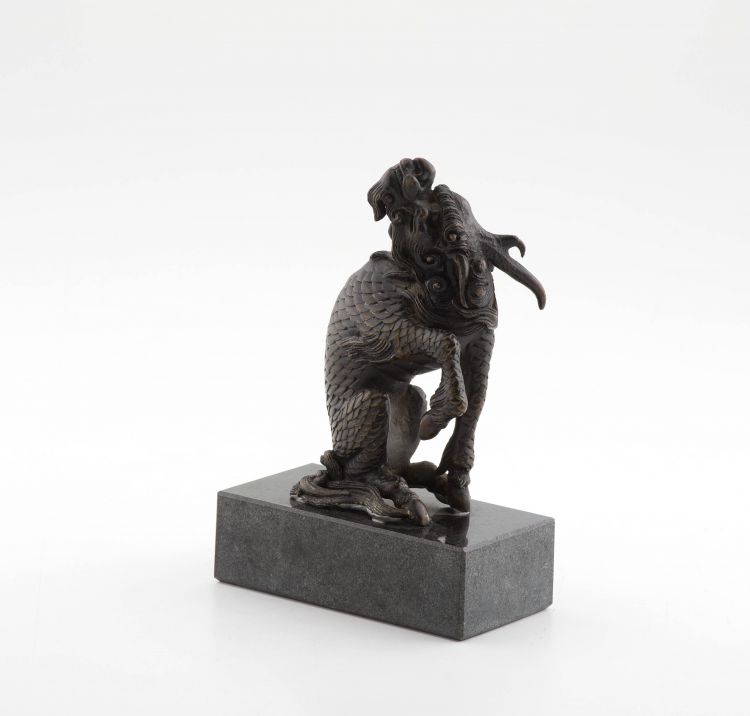 A Chinese bronze figure of a Qilin, 19th century


the seated scaly creature with its head turned to the right, on a later marble stand, damage to the mouth, 13cm high 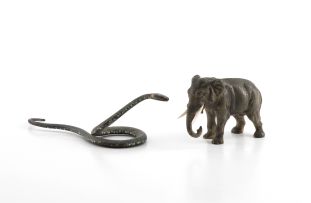 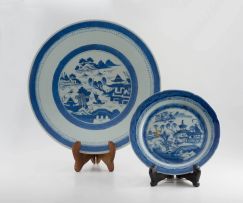 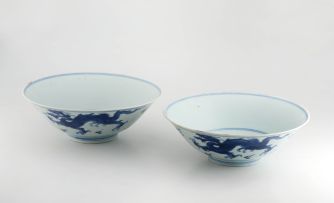 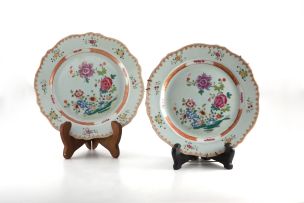 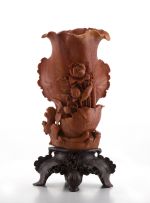