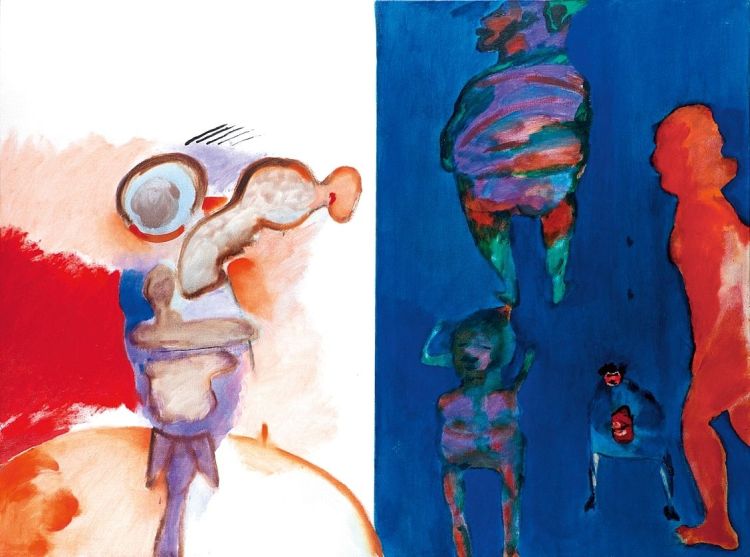 
The definitive Hodgins for arts lovers, Igor Stravinsky & Four Women provides both a portrait of the bespectacled composer and a commentary on the creative genius who is said to have had the most profound influence on the evolution of music through the emancipation of rhythm, melody, and harmony.

Robert Hodgins creates a diptych of two distinct worlds, one of brilliant light illuminating the composer and another of theatrical drama populated by dramatic figures that may refer to the audiences who rioted at the 1913 Paris première of his controversial The Rite of Spring, or to the choreography by Nijinsky, which was lambasted by conservatives as primitive.

With typical humour, Hodgins offers us the most pared-down portrait of an artist whose compositions ranged from ‘polyrhythmic collisions’ to almost ‘monastic renunciations’ so much so that the rivalrous Arnold Schoenberg called him ‘Herr Modernsky’.


Robert Hodgins, essays and interviews,Tafelberg, Cape Town, 2002, page 45, and on back flap, illustrated in colour 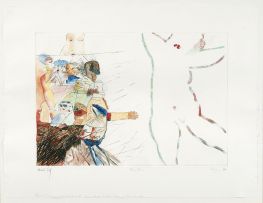 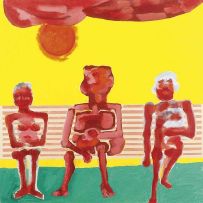 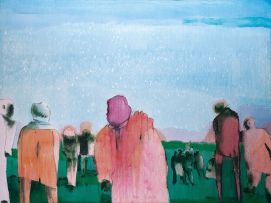 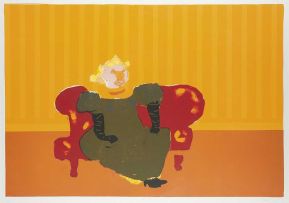 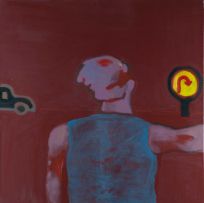 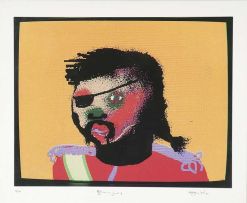