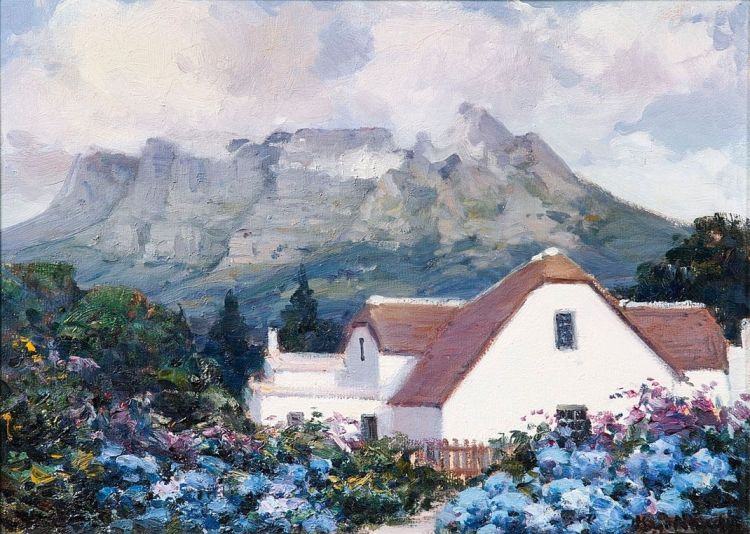 Noted architectural historian, Dr Hans Fransen, describes this Cape homestead with its half-hipped roof ends as mid-nineteenth-century Peninsula style.1 Located to the east of the mountains, with Devil’s Peak directly behind it and partly obscuring Table Mountain, the homestead would probably have been in Mowbray or Observatory. Hugo Naudé would have spent some time in this area given that his father-in-law, Dr J Brown, lived in Mowbray.

In the opinion of Dr Helen Robinson, Cape historian and author of the recently published The Villages of the Liesbeeck,2 the homestead may well be Malta Farm. This conclusion was arrived at largely by a process of elimination and because the homestead was an as yet unspoilt example of the mid nineteenth century Cape vernacular. Unlike most other houses in the area, the thatching on Malta Farm’s roof was drawn down over the hipped end, as it is depicted here.

Malta Farm, located along the Liesbeeck, was originally called Uitkyk, when owned by Jan van Riebeek. Observatory traces its origins to the Koornhoop Colony land grant in 1657, which made land in the Liesbeeck River valley available to officials from the Dutch East India Company.

It’s possible that Naudé saw some of the many paintings that his contemporary, Pieter Wenning, painted of this landmark farm. However, Naudé gives this painting his own inimitable touch – the air seems fresh, the light sparkles and the garden erupts with blue hydrangeas, confirming that it must have been painted in the mid summer.

1. Hans Fransen in an email to Emma Bedford, 26 November 2011
2. Helen Robinson, The Villages of the Liesbeeck: From the Sea to the Source, Houghton House, Wynberg, 2011 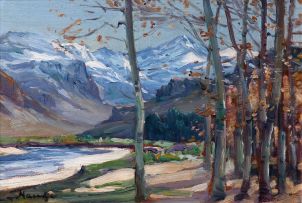 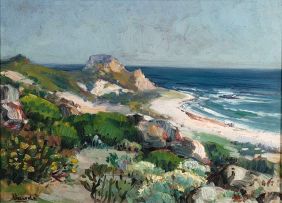 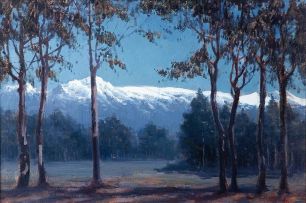 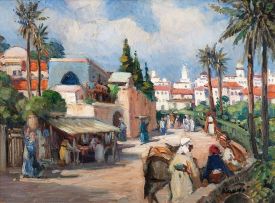 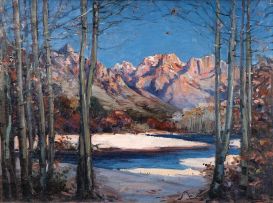 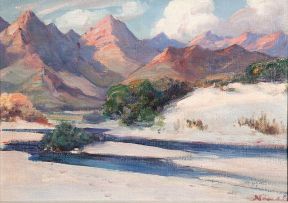