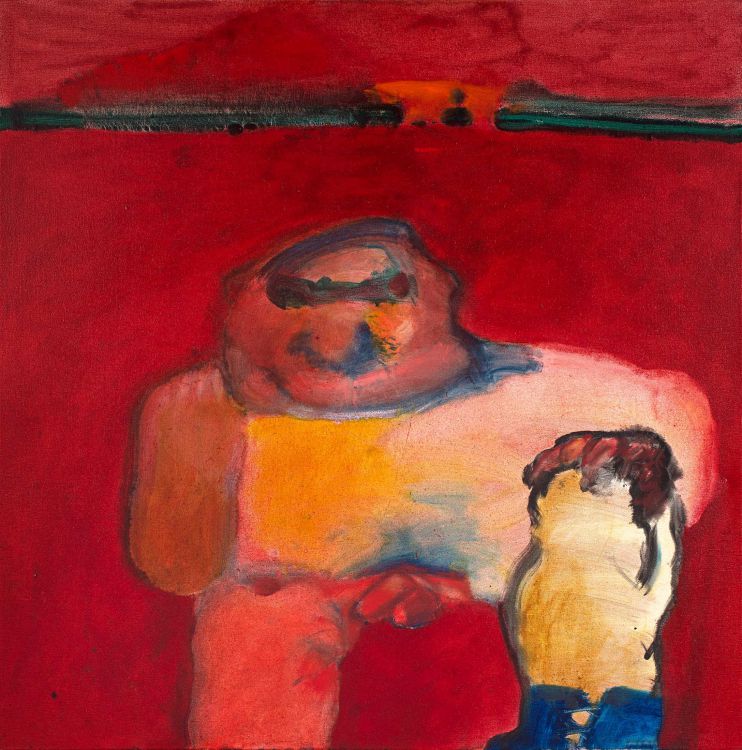 Robert Hodgins
South African 1920-2010
Study After Michelangelo No 1
signed, dated 2009 and inscribed with the title and the medium on the reverse
oil on canvas
90 by 90cm excluding frame


This late picture by Robert Hodgins referencing Michelangelo forms part of a trio of oil paintings produced shortly before the artist’s death. In contrast to the other two works in the series, which portray naked figures in interior settings quoting post-war paintings by Philip Guston and Francis Bacon, this sparser work harks back to the interests of an earlier series of nudes from 2006 inspired by Michelangelo’s drawings towards an incomplete fresco depicting the Battle of Cascina. Commissioned by the Florentine statesman, Piero Soderini, for the Palazzo Vecchio, Michelangelo only completed a cartoon study of this 1364 military battle between Pisan and Florentine troops before abandoning the project. A copy of the crude fresco and series of preparatory drawings depicting naked male figures in contrapposto are the only surviving works illustrating this project.

The classically sculpted Renaissance figures appearing in Michelangelo’s drawings are starkly at odds with the lumpy, corpulent figures preferred by Hodgins throughout his career. This picture includes two, possibly three figures. A naked male figure confronts the viewer, his face a swirl of messy brushstrokes. What appears to be a second figure in the foreground could also simply be his disfigured leg. In the far distance, at the centre point of the two diagonals forming an enclosure, is what appears to be a human figure. This kind of figural ambiguity is typical of Hodgins.

In a 1984 interview, shortly before the start of his late-career ascendance as an artist, Hodgins spoke of his admiration for German expressionist painter George Grosz. Hodgins noted that Grosz’s work was a reflection on “an atmosphere of insecurity, of violence”. Grosz expressed this vulnerability, thought Hodgins, by stylistically leaning towards “disorder” all the time. Hodgins’ identification with Grosz during the unsettled decades of the 1980s was appropriate, although Hodgins did not elaborate on this. “That preoccupation with disorder is very much a late 20th-century preoccupation,” he offered.1 Hodgins was in effect highlighting his existential setting as a painter.

Asked about the easy confusion between carefully calibrated disorder and bad painting, Hodgins remarked: “There’s a sense that there are limits which shouldn’t be transgressed [in painting].” He conceded that those boundaries are negotiable – “when one saw one’s first de Kooning or one’s first Pollock, it looked an absolute mess”.2 He cited Guston’s move from “well-mannered painting” to a crude, cartoon-influenced style as influential. Guston, it turns out, like Hodgins, found his mature style through a close study of Renaissance figuration. Fittingly, Hodgins included a lamp fitting quoting Guston in another of his studies, Michelangelo no.2.


The Goodman Gallery, Johannesburg, Robert Hodgins: Looking Back, 13 April to 11 May 2013. 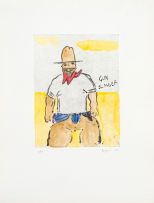 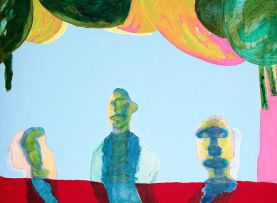 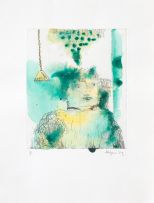 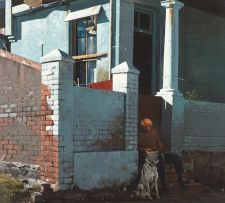