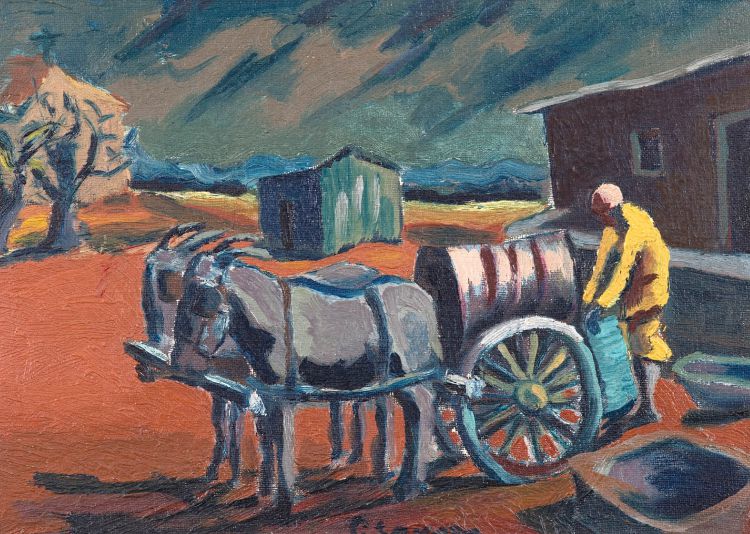 Gerard Sekoto
South African 1913-1993
The Donkey Water Carrier
signed; inscribed 'The Water Boy' on the reverse and with a Johannesburg Art Gallery label adhered to the backing paper
oil on canvasboard
24 by 34cm excluding frame

This work was produced during Gerard Sekoto’s formative Sophiatown period (1939-42). It offers a fine elaboration of Sekoto’s emergent realist style and unobtrusive manner as an observer, adept at standing to one side and recording the way things were. In early 1939 Sekoto relocated to Sophiatown, Johannesburg, where he lodged with cousins in Gerty Street. The street, like the suburb, was named for a family member of the Polish speculator Tobiansky, who had acquired land on the edge of Johannesburg with a view to establishing a white residential suburb. When his scheme failed Tobiansky sold off plots to both black and white buyers. As the city grew Sophiatown became a popular place to live.

“It was convenient and close to town,” recalled Nelson Mandela. “Workers lived in shanties that were erected in the back and front yards of older residences. Several families might all be crowded into a single shanty. Up to 40 people could share a single water tap. Despite the poverty, Sophiatown had a special character; for Africans, it was the Left Bank in Paris, Greenwich Village in New York, the home of writers, artists, doctors and lawyers. It was both bohemian and conventional, lively and sedate.”1

Sekoto’s decision to leave teaching and move to Johannesburg was a decisive one. “Sekoto’s sojourn in Sophiatown was, from an artistic point of view, an extremely broadening and productive time,” writes Lesley Spiro, a former paintings curator at the Johannesburg Art Gallery who organised Sekoto’s first major retrospective in 1989. “He produced a large number of works and expanded his repertoire of media to include poster and oil paints. It was also during this time that he first began exhibiting his works professionally.”2 In Johannesburg Sekoto met art dealer Joan Ginsberg, of the Gainsborough Galleries, and became acquainted with New Group painters like Alexis Preller and Judith Gluckman, who showed him how to mix oil-colours on the palette and use the palette knife.3 Sekoto was a quick learner and integrated Gluckman’s lessons into mature works characterised by an acute sense of the everyday.

Notwithstanding his stylised way of painting – evident here in Sekoto’s rendering of the liquid sky and rudimentary delineation of bare trees in front of the church – Sekoto was a realist painter engaged in making works based on direct observation of the world around him. The central subject of this work is a cart-drawn water carrier. Water was a scarce commodity in poorly serviced Sophiatown; at the same time, it was a focal point of community. Don Mattera, a Sophiatown gang leader turned writer, recalled: “The communal water taps, toilets and showerhouses of Sophiatown, though insanitary and inadequate, are remembered today as casual meeting places where the better-off and educated mixed with their humbler neighbours.”4

Sekoto produced a number of works portraying donkeys at work. The health of the grey-blue donkeys in this picture deserves notice. Nimrod Ndebele, father of the writer and University of Johannesburg vice chancellor Njabulo Ndebele, was a friend of Sekoto. In a 1983 letter Ndebele discussed a painting he acquired from Sekoto portraying a black garbage collector off-loading refuse into a municipal donkey cart. “Significant about this painting,” wrote Ndebele, “is that the donkey looks better cared for than all the humans around it.”5 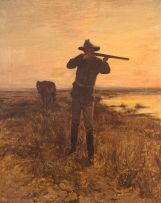 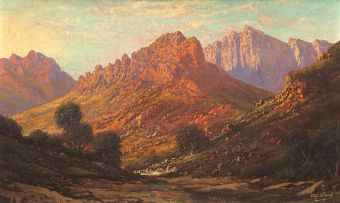 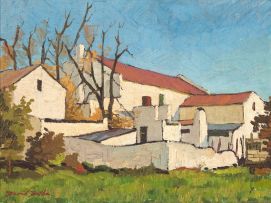 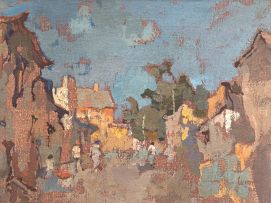 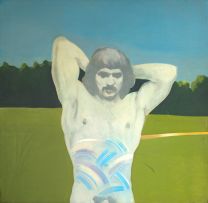