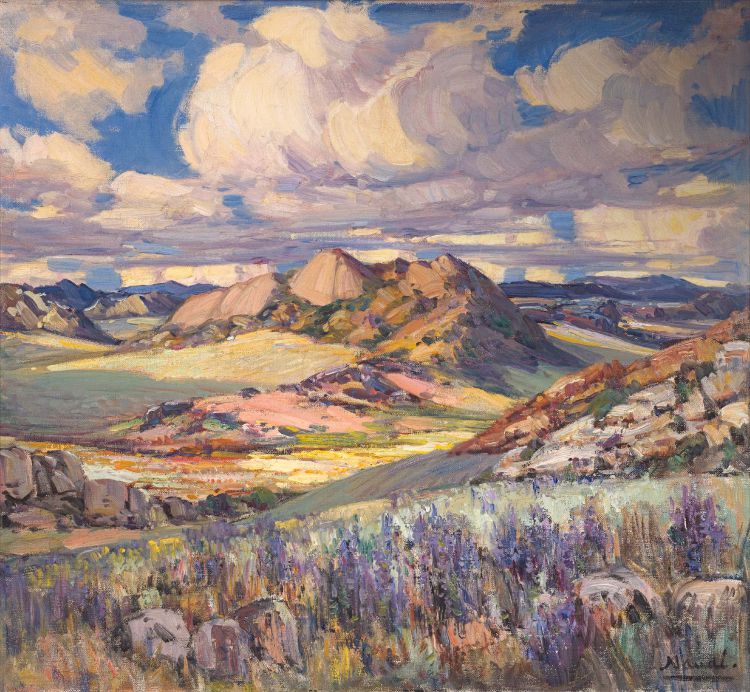 
This extensive Namaqualand landscape was painted during one of his numerous visits to his friend, Albert Roux, on his family farm in Silverfontein between 1920 and 1930. Naudé would use the opportunity of these extended stays to paint the annual natural phenomenon of the wild flowers which would carpet the arid landscape during the winter rainfall months. As a consequence of Naudé’s skilful rendering, such Namaqualand landscapes with flowers would become some of his most recognisable and desirable works.

In terms of scale this lot is much larger than usual, with a panoramic vista featuring a granite outcrop surrounded by lesser rugged landforms. These powerful structures are further augmented by wide colourful fields in painterly passages, either glowing in full sun or quietened by shadow.

The foreground is marked by Naudé’s distinctively impressionistic handling of flowering shrubs which allows the eye to traverse the undulating landscape from a lofty vantage point. The upper third of the painting depicts a towering sky filled with heavily-laden clouds promising further rain. Here Naudé captures the weight of these pregnant forms through his use of large swirling brushstrokes, where golden highlights give the mauve and lilac underbellies a brooding and ominous presence that recede into the pictorial plane.

Reflecting on these works Hans Fransen muses: “his landscapes are a sincere attempt to represent the South African landscapes – or that small portion he knew so well – in its true essence; in feeling more than in mere topographical details.”1


A gift from the artist to the current owner's grandfather, Albertus Myburgh Johannes Roux. 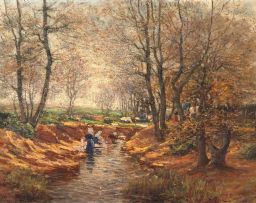 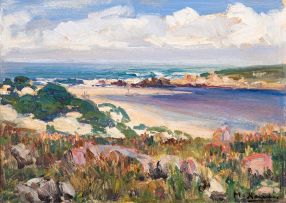 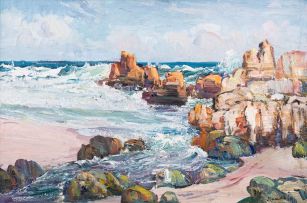 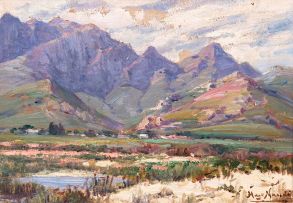 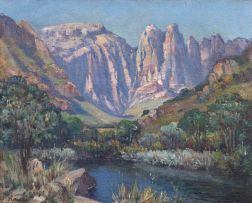 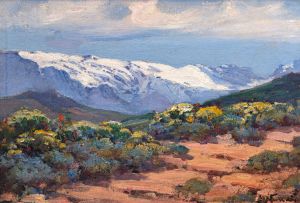