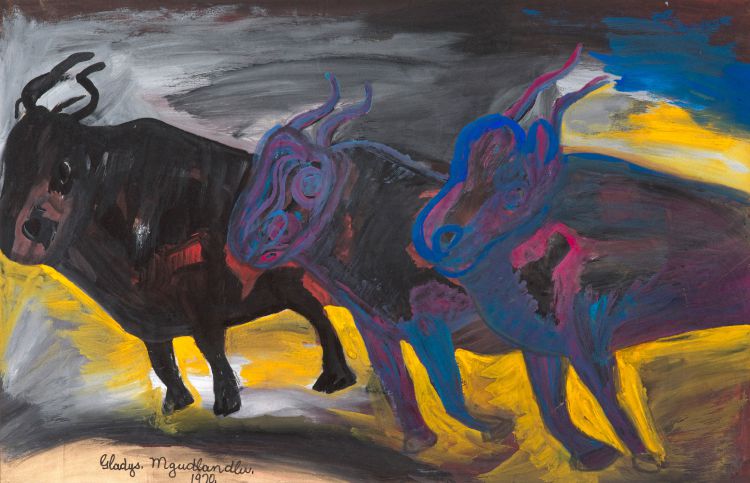 The occurrence of cattle is a fascinating aspect of Mgudlandlu's paintings. Being familiar with the customs of her people, she knew that Xhosa women were not allowed near cattle. Only men handled these animals. Yet cattle were a recurrent motif in her paintings. Initially she viewed them from a distance and small herds were shown in the landscape. Then, in the 1970s, she gave close-up portrayals of oxen in twos (Off to Plough) and threes (Cattle (plate 47)), showing their horns and lumbar portions. According to Xhosa bird lore, the lumbar portion of an ox's back was the raven's resting place.

Acquired from the artist by the current owner's family. 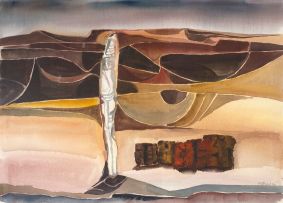 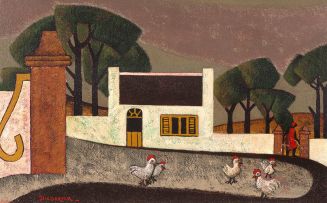 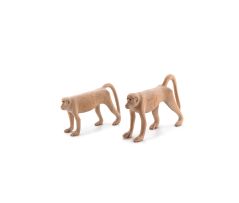 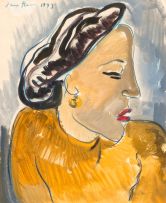