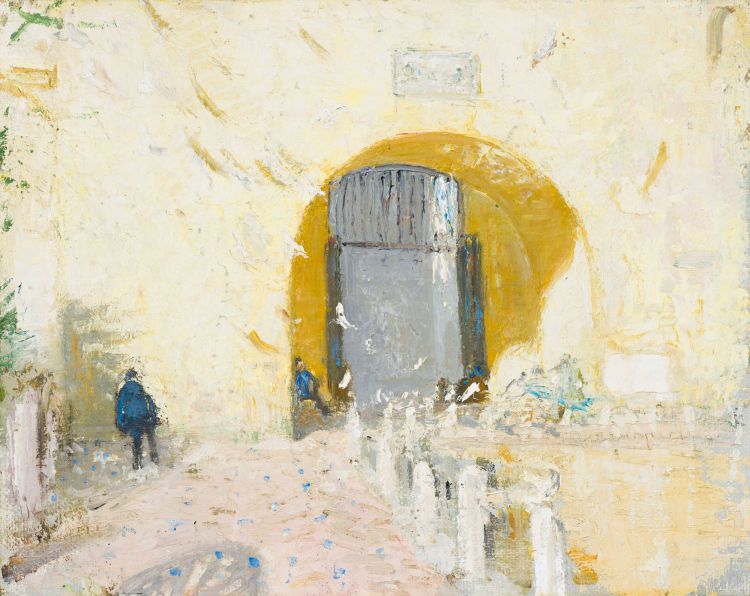 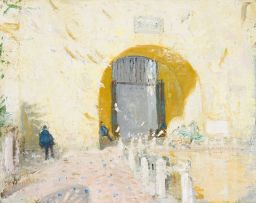 Sir William Nicholson was an extremely versatile British artist. He began his career as a graphic designer alongside his brother-in-law, James Pryde, and from 1893-1898 they produced posters, prints and signage under the name of ‘J & W Beggarstaff’. In 1900, following the recommendation of the American artist James Whistler, Nicholson began to focus his attention exclusively on painting.

Although he was initially best known for commissioned portraits of wealthy patrons, his landscape and still life subjects became synonymous with his output. The artist travelled extensively, visiting America, Europe and South Africa and was working in Spain in the early 1930s when this work was executed.

The Alcázar palace in Seville is a lasting vestige of Spain’s Moorish past and one of the most celebrated historic structures in Andalusía. This painting depicts the Estanque der Mercurio, a large pond presided over by Diego de Pesquera’s figure of Mercury, cast by Bartolomé Morel in 1576.

In this work Nicholson suggests the heat of the day through a warm colour palette and portrays the materiality of the subject through thick paint application and expressive brushstrokes. The façade with shadowed archway provides a dramatic backdrop to the pool and invites the viewer to venture along the walkway into the composition. The figure on the left gives an added sense of scale to the setting.

Nicholson created the design for the original 1904 production of the play Peter Pan and was the illustrator for several books, including Margery Williams’ The Velveteen Rabbit in 1922. He was the father of the British painter, Ben Nicholson (1894–1982), and he received a knighthood in 1936. 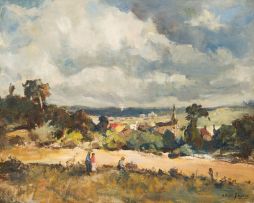 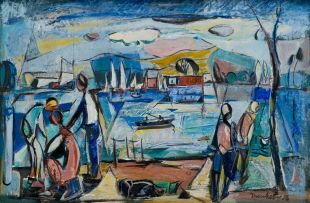 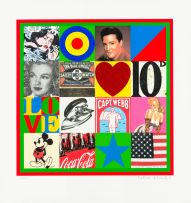 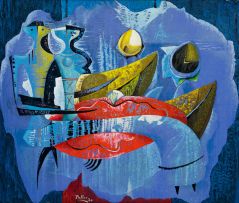 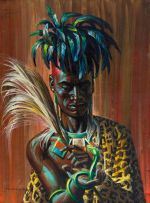