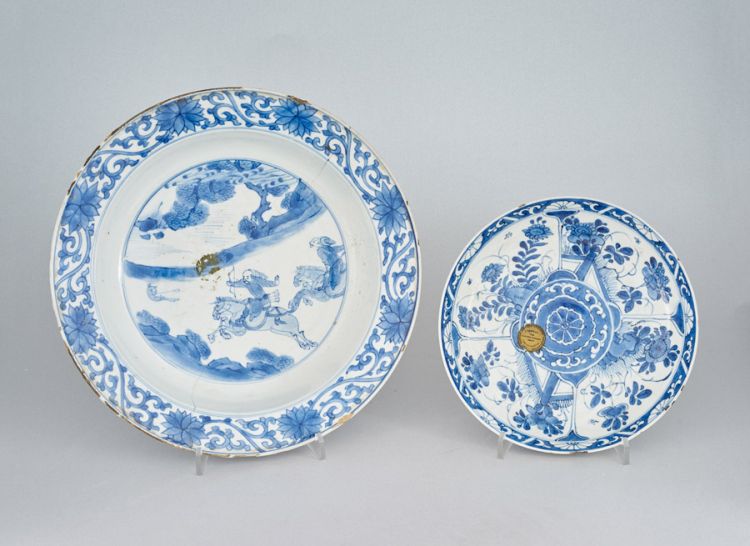 
the centre with a foliate rondel enclosed by four panels loosely painted with flowerheads, balustrades and rocky outcrops, underglaze-blue double-ring mark enclosing a mark of commendation, damage, 21cm diameter; and another, the centre painted with a hunting scene, the rim with lotus heads and scrolling foliage, the reverse with sprays of bamboo, underglaze-blue double-ring and six-character mark, damaged, 29,5cm diameter 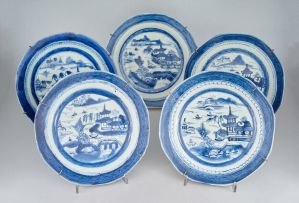 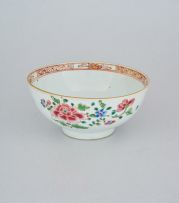 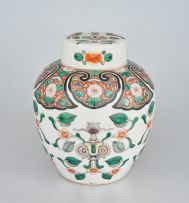 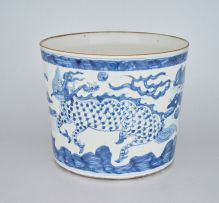 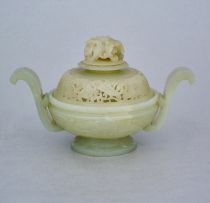