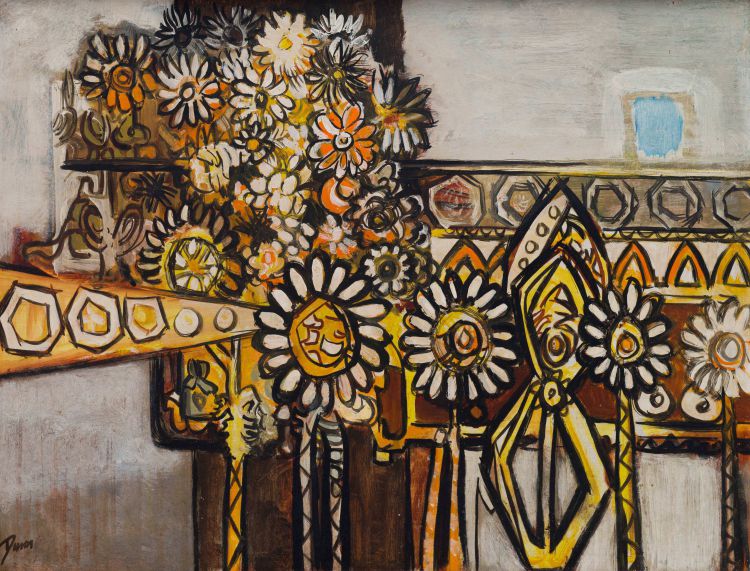 Numerous art historians have commented on the distinct spirit of late British Modernism among the artists associated with the Durban and Pietermaritzburg schools. Both centres had been part of the British Colony, of course, but the influence came directly from a long and impressive line of British artists, inevitably trained at modernist hotbed schools in London, Birmingham, Glasgow and Edinburgh. The Welshman Merlyn Evans, for instance, the shape-shifting abstract and Surrealist painter, took up a post at the Durban School of Art in 1938. He was followed by Jack Heath and Normand Dunn in 1946 and 1947 respectively. Both these artists had rubbed shoulders with era-defining, inter-War British artists, and both, back in Britain in the aftermath of the conflict (Heath was injured on Queen’s Beach during the Normandy landings, while Dunn served with distinction in the Burmese campaign), were keen for new challenges abroad. Heath left a remarkable legacy through his teaching at Rhodes University, the Technical College in Port Elizabeth, and the University of Natal at Pietermaritzburg; Dunn became the art master at Hilton College.

This lot would hang comfortably alongside a selection of works by artists such as Graham Sutherland, Paul Nash, Bryan Wynter or a younger Victor Pasmore. Much like Sutherland in particular, Heath and Dunn explored the symbolic power and rugged, decorative force of spines, thorns and spikes. Using sharp-edged contours and contrasting colour choices, the artists gave their curvilinear and organic source just a touch of machine-like menace. 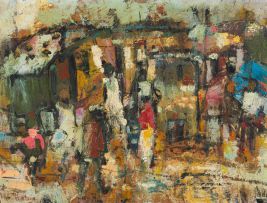 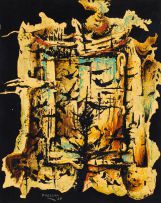 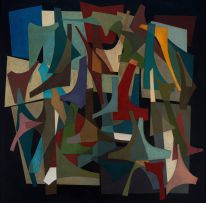 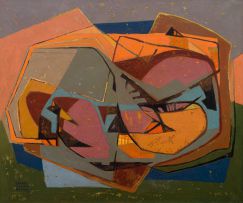