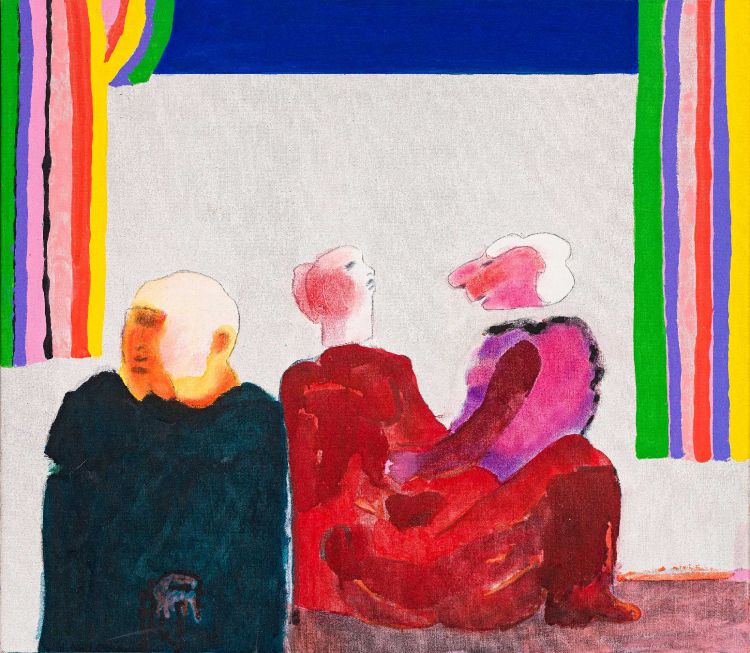 Priests feature frequently in the work of Robert Hodgins among the businessmen in striped suits, military men and other representatives of institutional power. They form part of what Sue Williamson refers to as Hodgins’ ‘retinue of fools for mocking’1. Hodgins seems to have an endless capacity for satirising these men, derived from the Ubu figure that appears in so much of his work. Kendell Geers notes: ‘Behind the pin stripes and the dark suit lurk the lurid ogres of rampant convention, the sloths of greed and the priests of emotional apathy.’2

Just such a priest haunts the scene in Mexico: Priest, Wife, Midwife, appearing ‘as both witness and emblem, to represent the presence of evil’3, as Michael Godby describes the role of the Ubu figure.

The ambiguity of the scene – is it the birth or death of a child? – is central to Hodgins’ technique, expressed also in its formal dimension. Geers refers to ‘the hide-and-seek play of forms’4 in Hodgins’ work. He calls Hodgins’ method of working ‘image divination’5, because he allowed the forms he painted ‘slowly [to materialise] with neither premeditation or preemptiveness’6 from the paint itself.

The curtains in the scene are reminiscent of stage curtains, suggesting ‘a theatre of paint’7 that is as much about painting as about the purported subject matter. The bands and blocks of colour in the background resemble the explorations of colour and form in the works of artists like Mark Rothko or Gerhard Richter. Geers points out: ‘Where Gerard Richter explores the mechanics of expression through the convention of paint, Hodgins explores the mechanics of paint through the convention of expression.’8

This doubling of abstraction and representation allows spontaneous associations to spring up in the viewer’s mind through the distortions and the performative dimension of Hodgins’ works. Brenda Atkinson notes, ‘Hodgins’ genius is in his ability to produce chillingly effective visual instances of the archetypal unconscious’9 Mexico: Priest, Wife Midwife certainly is one such instance. 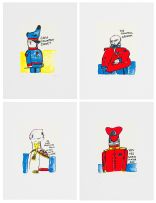 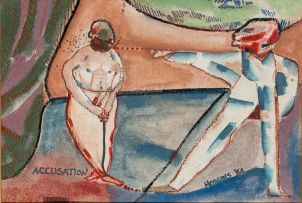 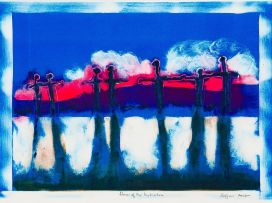 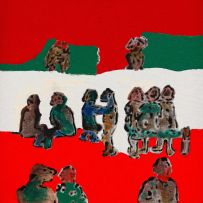