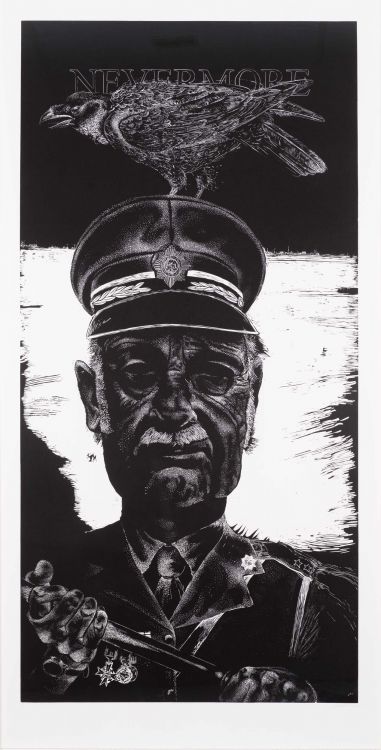 Diane Victor earned her Fine Arts degree in printmaking at Wits University in 1986, and has taught at many tertiary institutions including the Universities of Pretoria, Johannesburg, Wits and Rhodes. Her work is represented in major public collections, such as the Museum of Modern Art, New York, Tatham Art Gallery, Pretoria Art Museum, Wits Art Museum, and Iziko South African National Gallery. Known for her drawing and printmaking mastery, Victor’s work confronts the viewer with the corruption, violence and seedy underbelly of human vices of contemporary society. Her expressive works are disturbing and provocative, steeped in multiple narratives and ‘obsessive detail.’

The scowling, high ranking South African police officer in Nevermore recalls draconian apartheid law enforcement. However, the bird resting upon his cap and the inclusion of the word ‘Nevermore’ (which reference the Edgar Allan Poe poem The Raven (1845)) added to the date of the work (2010) suggest contemporary South African, and indeed universal, social relevance and commentary. Brutality and the abuse of power are ubiquitous and pervasive. 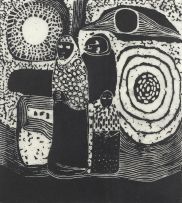 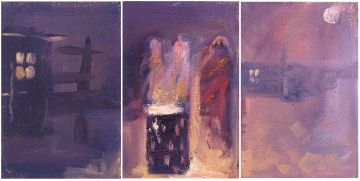 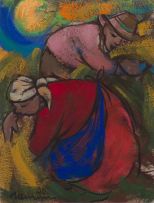 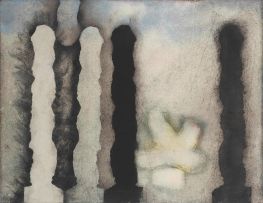 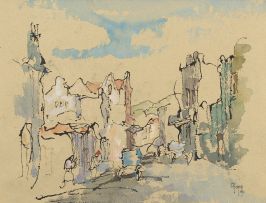