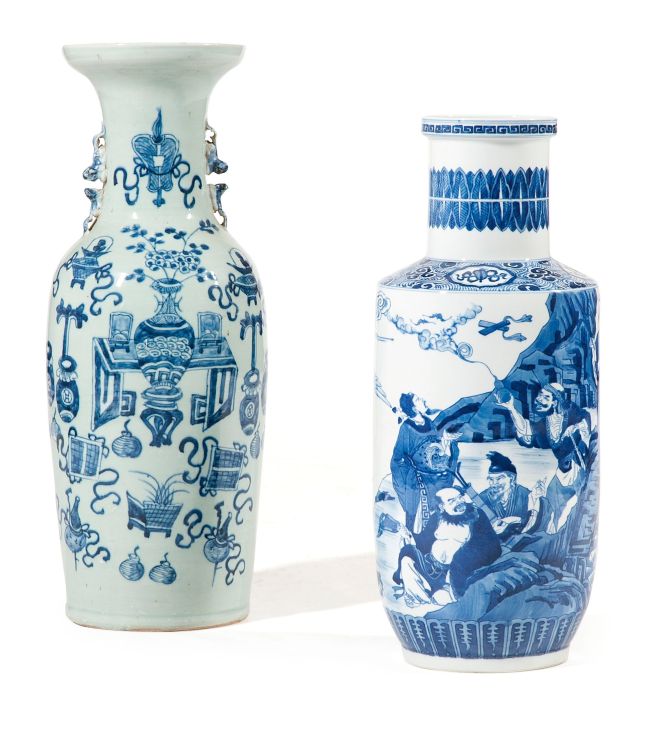 
of baluster outline, painted with a vase before a table enclosed by auspicious objects, the shoulders with chilong handles, lip repaired, chips, 60cm high; and another, modern, painted with the Eight Immortals in a landscape between lappet and diaper borders, double-ring mark in underglaze-blue, 53cm high 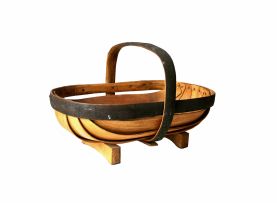 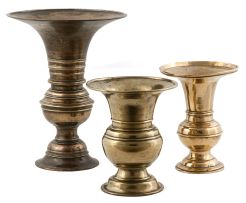 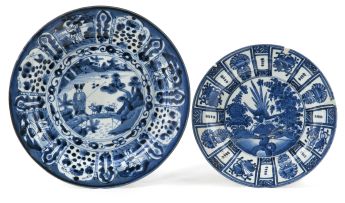 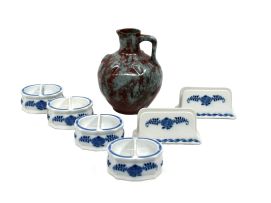 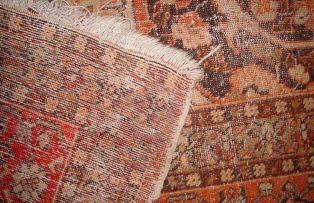