with pierced and carved cover above a hinged door, the base carved with a medallion centred by a shoe with a coronet and the inscription '1758 IIDB Mio Anno', on later  bun feet, 18cm high; and another example, 19th century, octagonal, with pierced cover and sides, with hinged door, 17cm high 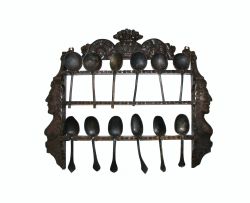 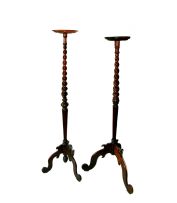 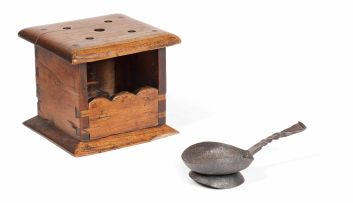 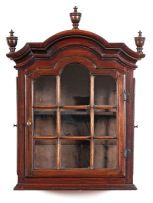 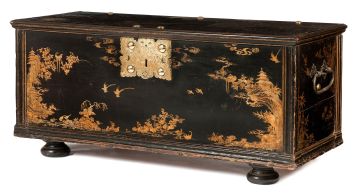 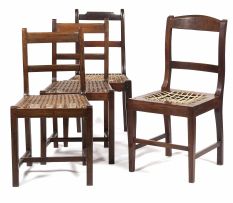