William Kentridge
South African 1955-
Drawing from 'Preparing the Flute', (Queen of the Night)
executed in 2004/5
signed
charcoal and coloured pencil on paper
120 by 160cm excluding frame

William Kentridge was commissioned to create The Magic Flute by La Monnaie in Brussels where it opened in April 2005. Used in creating the animation sequences for his production, this drawing evokes the famous scene from the 1816 production with Karl Schinkel’s set designs in which the Queen of the Night appears beneath a star-studded vault.

According to Kentridge, the animated drawings based on Mozart’s mystical opera, projected through a model of an Italian-style proscenium, become ‘a metaphor for the transformation from dark into light’, both through the experience of Mozart’s protagonists and the way in which film captures light and brings imaginary scenes to life. During the Queen of the Night’s famous aria, the miniature theatre becomes a camera obscura, as fireworks and stars erupt across the sky.1

When preparing images for projection, Kentridge explains, “There are two ways of drawing white lines. One is to draw with chalk on black paper, the other is to use black lines on white paper and then reverse the image on the film by using the negative, so that the lines become white and the background dark”.2 For the artist the latter was preferable as it allowed for a wider range of drawing material and variety of mark making. Transposing positive and negative imagery also allowed him to explore the opposition of light and dark, themes that are in constant dialogue throughout the opera.

These ‘drawings with light’ were projected onto the starry backdrop. Dynamic rays of light pierce space in which spheres revolve around one another, suggesting the movement of constellations and planets. They illuminate The Magic Flute’s theme of the education of humankind as progressing from chaos through to rationalistic enlightenment. 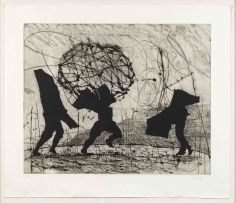 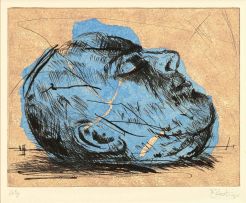 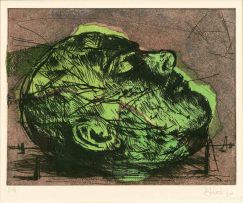 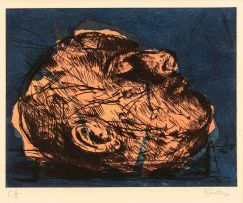 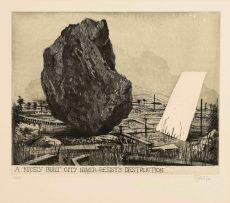 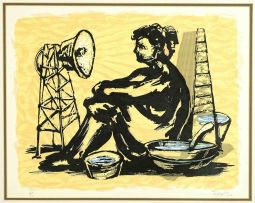