Irma Stern is known to have visited Madeira on several occasions, sometimes on extended stays of a few months and at other times probably for a day or two as the Portuguese archipelago that lies about 500 kilometres west of Morocco, was a frequent port of call for ships sailing between Africa and Europe. In 1955 Stern visited Europe to exhibit in Germany once more and also travelled to Turkey. It’s likely that she would have called in at Madeira en route.

It was clearly a favoured destination and subject for Stern as she returned to it repeatedly throughout her career, inspired by its beauty and character. Stern’s mature style, using fluid calligraphic marks rendered with brushes loaded with lush impasto, was ideal for capturing the impression that this captivating place made on her. Energetic lines, fluid brushstrokes and bright contrasting colours placed alongside each other in surprising combinations add visual excitement to create the atmosphere of this exotic island. 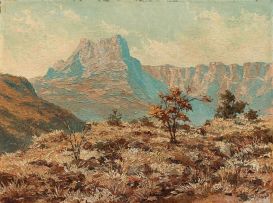 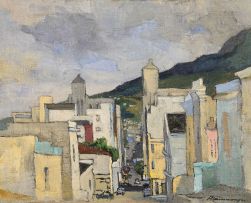 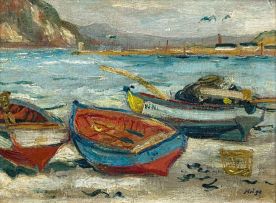 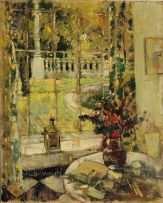