with moulded rectangular notched top, the front painted with six panels of proteas in shades of yellow and red against a dark green ground, the front and reverse fitted with steel handles, 45cm high, 89,5cm wide, 44cm deep 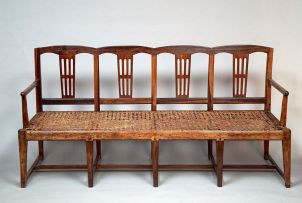 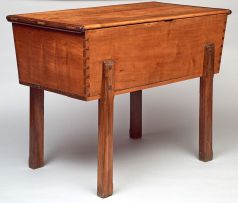 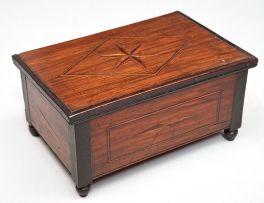 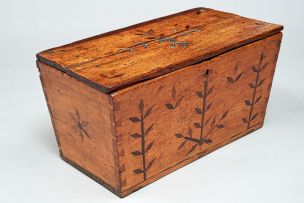 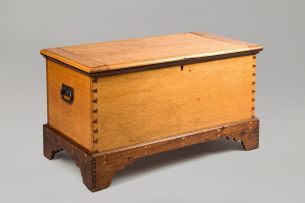