with panelled winged back, solid arm supports, box seat, the side fitted with a drawer, on square-section legs 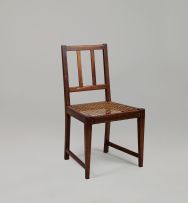 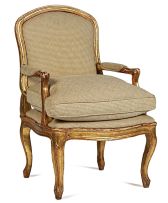 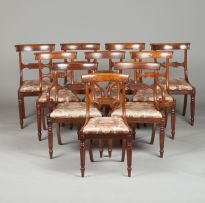