A Victorian steel and brass rocking chair, attributed to RW Winfield, circa 1851


with flat patinated steel banding applied with japanned foliate decoration, brass stops and nuts with gilt leaf decoration, the back, seat and arm rests upholstered in dark brown leather, the back with tassel, upholstery distressed

It is believed that Peter Cooper of New York, 1793-1883, founder of the Canton Iron Works, was the designer of this chair. The chair was produced by RW Winfield & Co of Birmingham, England. Winfield & Co exhibited a model of this chair at the Great Exhibition of 1851 and the International Exhibition of 1862. A similar chair forms part of the permanent collection of the Victoria & Albert Museum, London. 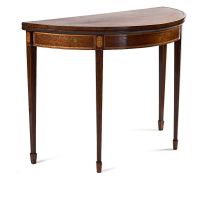 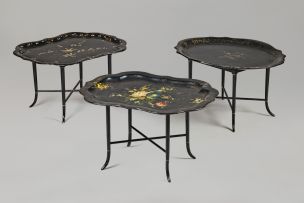 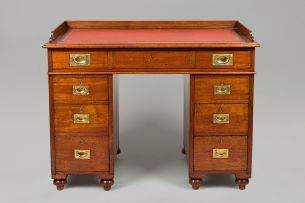