the baluster shaped body tube-lined with a band of fruit and berries reserved against a mottled blue ground, blue painted signature, impressed MOORCROFT, MADE IN ENGLAND, 32,5cm high 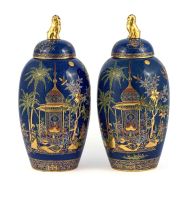 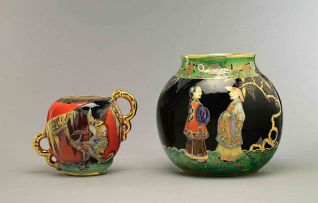