the open back and sides centred by a carved and pierced rectangular panel, panelled seat, the circular section legs joined by wrap-around stretchers, on conforming feet, 94cm high, 98,5cm wide 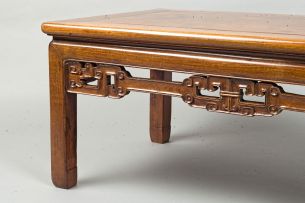 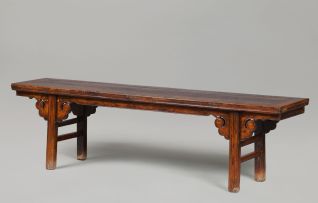 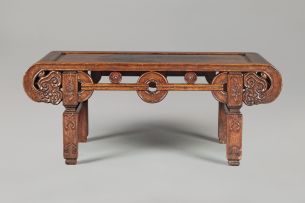 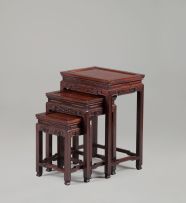