possibly for the Tibetan market, ovoid, painted with three flaming panels of a figure in meditation seated on a lotus, divided by panels of standing mythological figures with webbed feet, in chain-mail attire, with diaper borders, the cover similarly decorated, minor firing cracks and chips, minor chipping to the footrim, 25cm high 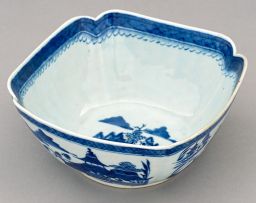 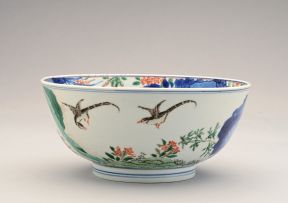 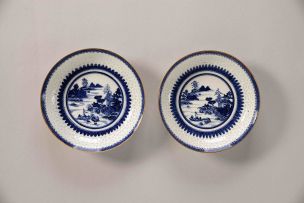