comprising: a teapot, covered sugar bowl, and a milk jug, each hexagonal body moulded in relief with battle scenes enclosed by greek-key borders, the scene on the teapot with figures bearing the standards of General Yu Fei of the Sung Dynasty, his son, Yue Yun, and the General's right-hand man, General Yang Zei Xing, the handles moulded with dragons, the covers with dragon head finials, 1140g all in, the teapot 17,6cm high

Three of the panels on the teapot feature scenes from the Battle of Yancheng, one of the great victories of the legendary Southern Song dynasty General Yue Fei. Born in 1103, at a time of great turmoil, he quickly developed a fearsome reputation and was eventually appointed general commissioner, the highest rank in the army. He is remembered to this day in China as a patriot and national hero. Yu Fei, his adopted son Yue Yun and General Yang Zai Xing can all be identifi ed from the pennants featured on the teapot. The remaining panels on the teapot, sugar bowl and milk jug all feature battles from the Three Kingdoms.

Tu Mao Xing is recognised as ‘the master of dragon-making’ and is believed to have supplied his dragons to many other silversmiths across China. It is likely that this tea service was a bespoke order with elements chosen from a catalogue of component parts and design motifs. 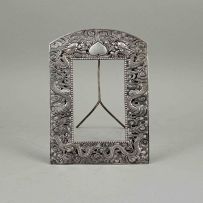 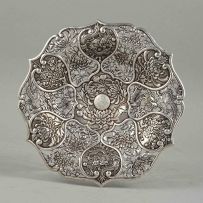 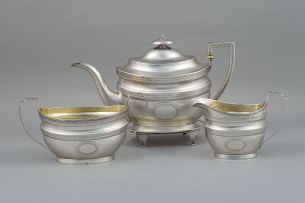 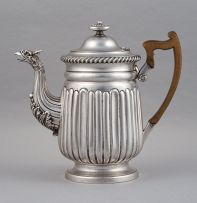 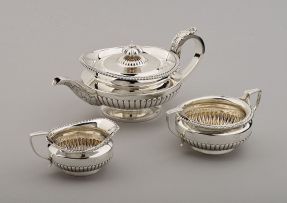 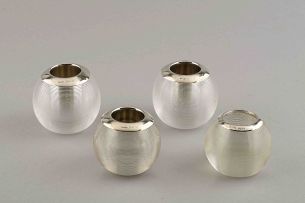