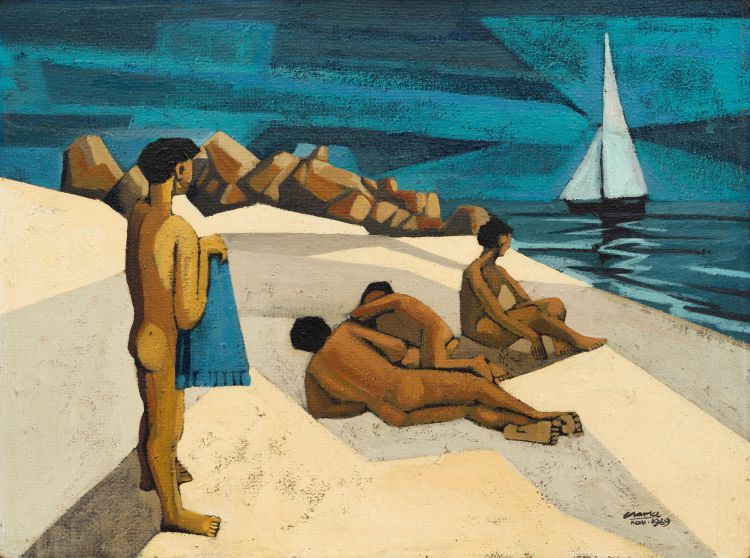 The shorelines of the Cape Peninsula figure strongly in Simon’s Town-born Peter Clarke’s irrefutable work. The artist’s earliest gouaches and watercolours from the mid-1940s include various descriptions of False Bay and Misty Cliffs. In 1952 he produced a vivid series of drawings of black beachgoers at Kalk Bay, which along with Strandfontein, being nearer the harbour, were informally designated for black users – nearby Muizenberg and St James were frequented by white beachgoers. By the late 1960s, when this lot was produced, the implementation of ‘petty apartheid’ had legally enshrined these privileges. This wistful study of four bathers at Sandy Bay, while evocative of Paul Cézanne’s gregarious studies of naked male bathers from 1897 to 1898, can be read as a statement of gentle defiance, of seeking – and finding – provisional pleasure in the face of the throttling reality of segregation. The scene is not imagined: Clarke and his friends would often seek out remote beaches where they would not be harassed on account of their skin colour, including Sandy Bay. 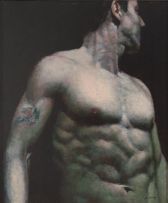 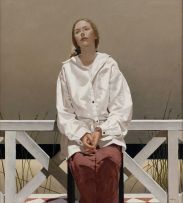 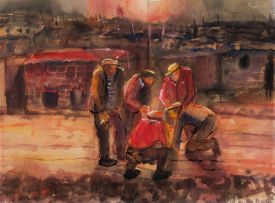