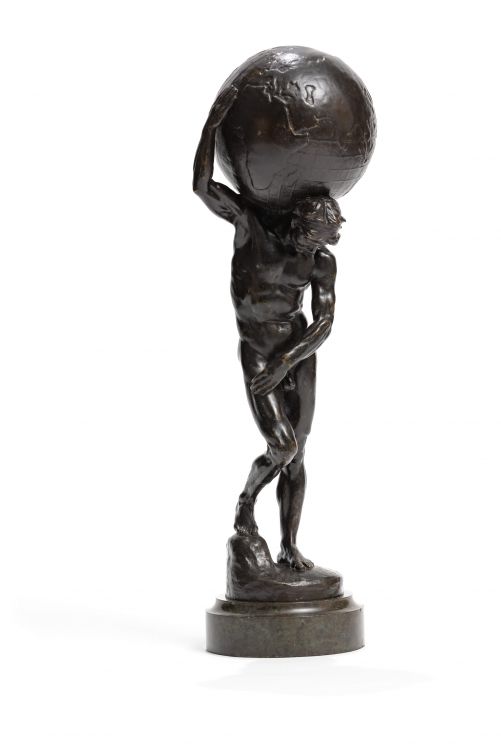 Abraham Broadbent
English 1868-1919
Atlas
inscribed with the artist's name and dated 1914
bronze with a dark brown patina, on a marble base
height: 46,5cm excluding base, 51,5cm including base

Abraham Broadbent, carver, modeller and stonemason, more often than not on an architectural scale, built a reputation as an outstanding sculptor in the English Baroque style. Grounded at the South London Technical Art School in Lambeth, and widely exhibited, most notably at the Arts and Crafts Exhibition Society, the Art Workers’ Guild, and the Royal Academy, his work is perhaps most famously represented by the portraits of Huntington Shaw (the noted English blacksmith) and Thomas Tompion (the father of English clockmaking) that form part of the Aston Webb façade of the Victoria & Albert Museum.

No doubt on the strength of his Victoria & Albert Museum assignment, Broadbent was commissioned by the Transvaal Colonial Government to contribute to the decorative programme of Herbert Baker’s Union Buildings on Meintjieskop in Pretoria. The design of this iconic structure, which took shape between 1910 and 1913, and was so beautifully documented by the likes of Pieter Wenning and Henk Pierneef, was loaded with political connotations. Most notably, the symmetrical, semi-circular plan, which relied on two identical wings, each supporting a domed tower, symbolised the union of English- and Afrikaans-speaking South Africans that had been politically formalised in 1910. Broadbent cast two monumental representations of Atlas – the world on his shoulders – to top the domes: a classical, crowning flourish.

At least five small-scale replicas of Atlas were cast in bronze after the building was completed, and presented as mementos to the major players involved in the scheme. Castings were given to Herbert Baker (the architect), the Transvaal Colonial Government (the client), MCA Meischke (the building contractor), Broadbent (the artist), and Harry Adams (the quantity surveyor). The present Lot is Adams’ final example, and has been a treasured family heirloom for over a century.

Harry Adams, quantity surveyor for the construction of the Union Buildings, and thence by descent.
Help  Send  Share  Tweet 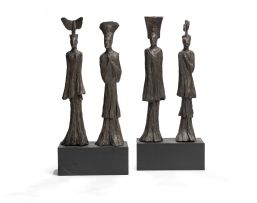 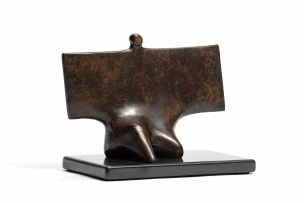 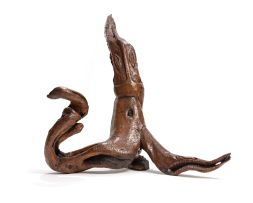 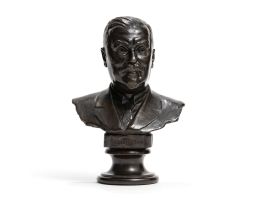 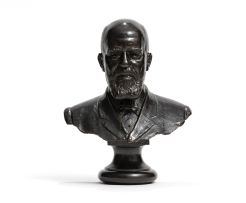