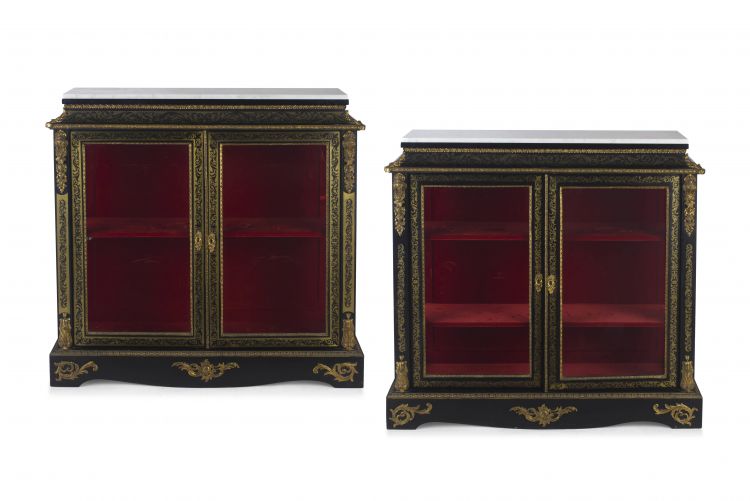 A pair of Louis XVI style ebonised and ormolu-mounted boulle side cabinets, 19th century
each later rectangular grey-veined marble top above a moulded foliate frieze, a pair of panelled glazed doors below enclosing a velvet-lined interior, one with a pair of shelves the other with one shelf, flanked by corbels, glazed sides, on a shaped plinth base with foliate mounts, minor loss, 120cm high, 124cm wide, 35,5cm deep (2) 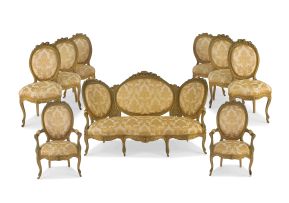 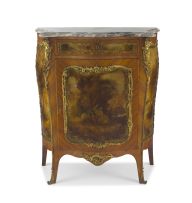 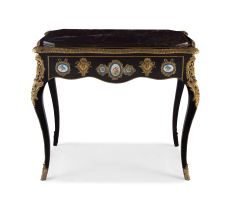 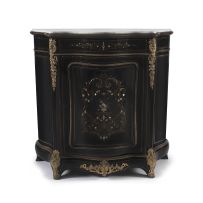 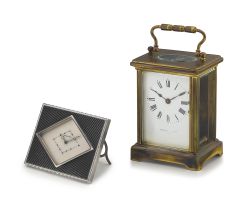 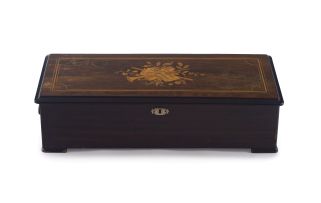