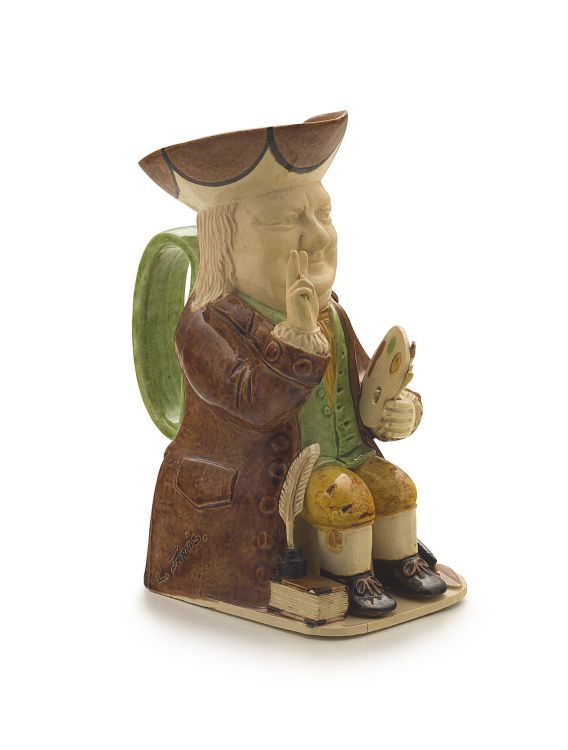 
modelled in the style of a Ralph Wood example, the seated figure wearing a tricorn hat, one hand raised with 'V' for Victory, the other holding a painter's palette, an inkwell and book to one side, a bricklayer's tool to the other, the reverse applied with a loop handle, signed, inscribed 'no. 83', the base inscribed 'The RT. Hon. Winston S. Churchill O.M., C.H., F.R.S., M.P.', chips to paintbrushes, firing cracks to the base, 17cm high 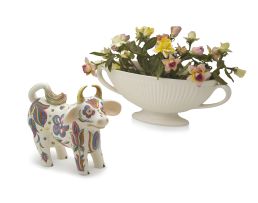 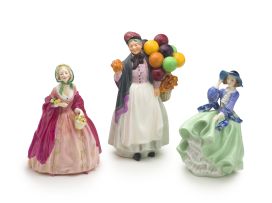 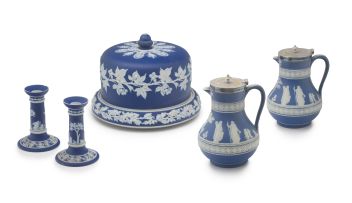 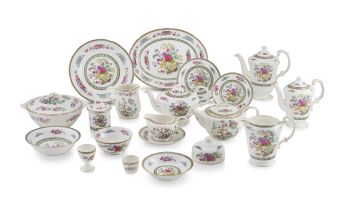