the triangular backboard carved with a pair of dragons and bats amongst foliage, above an arrangement of conforming stepped shelves with pierced and carved galleries below, on claw-and-ball feet, chip, loss, 146cm high, 86cm wide, 61,5cm deep 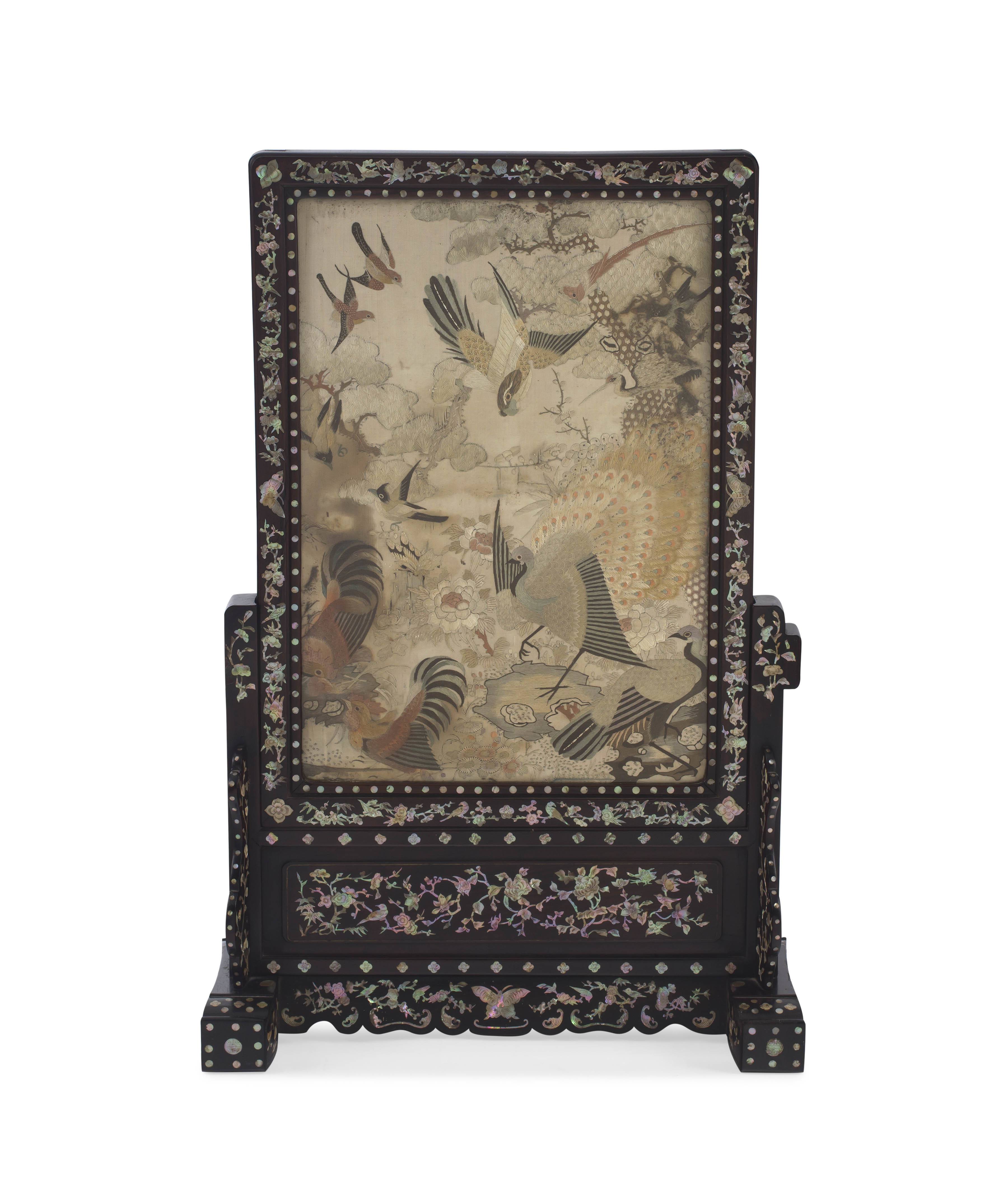 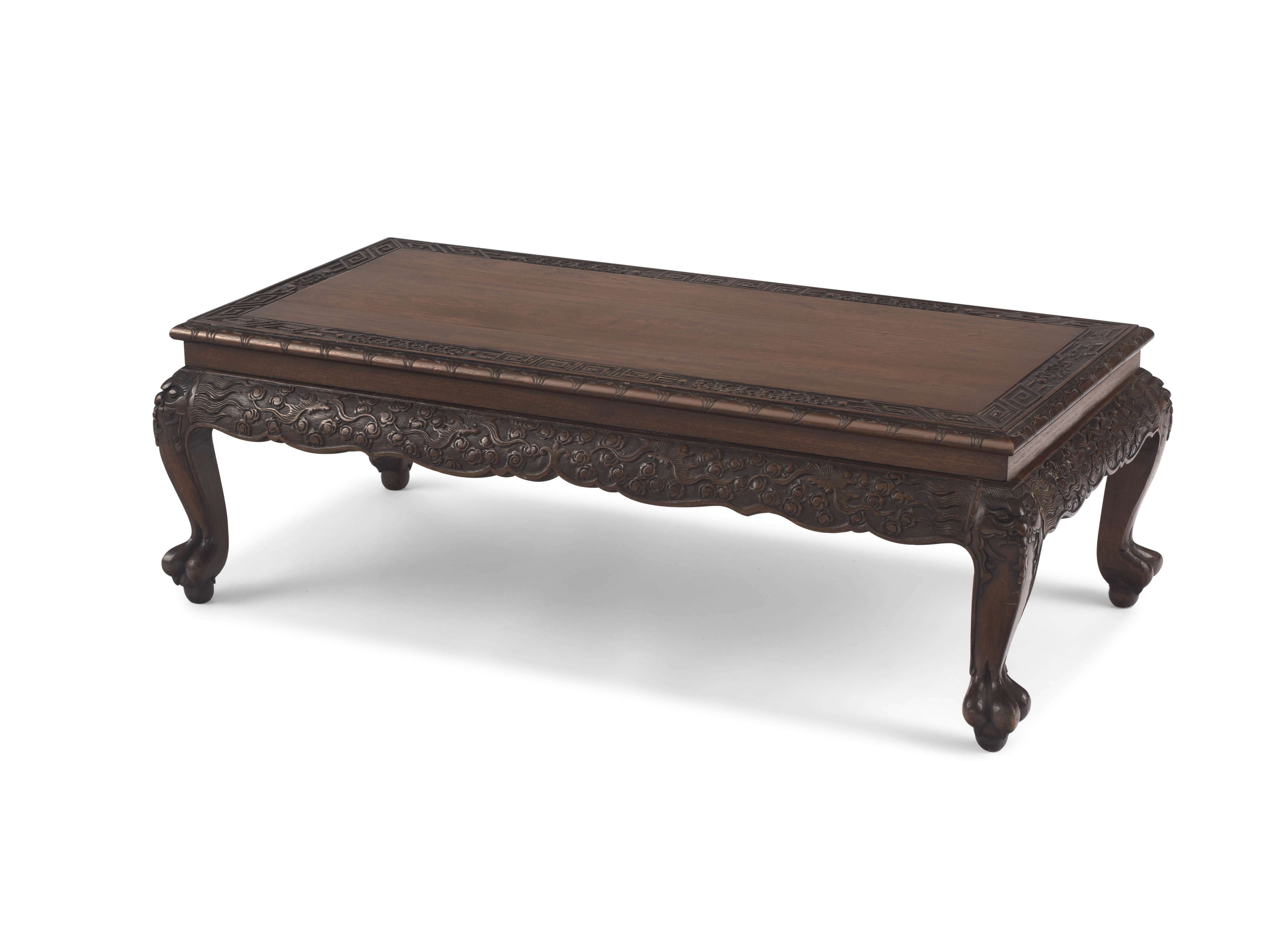 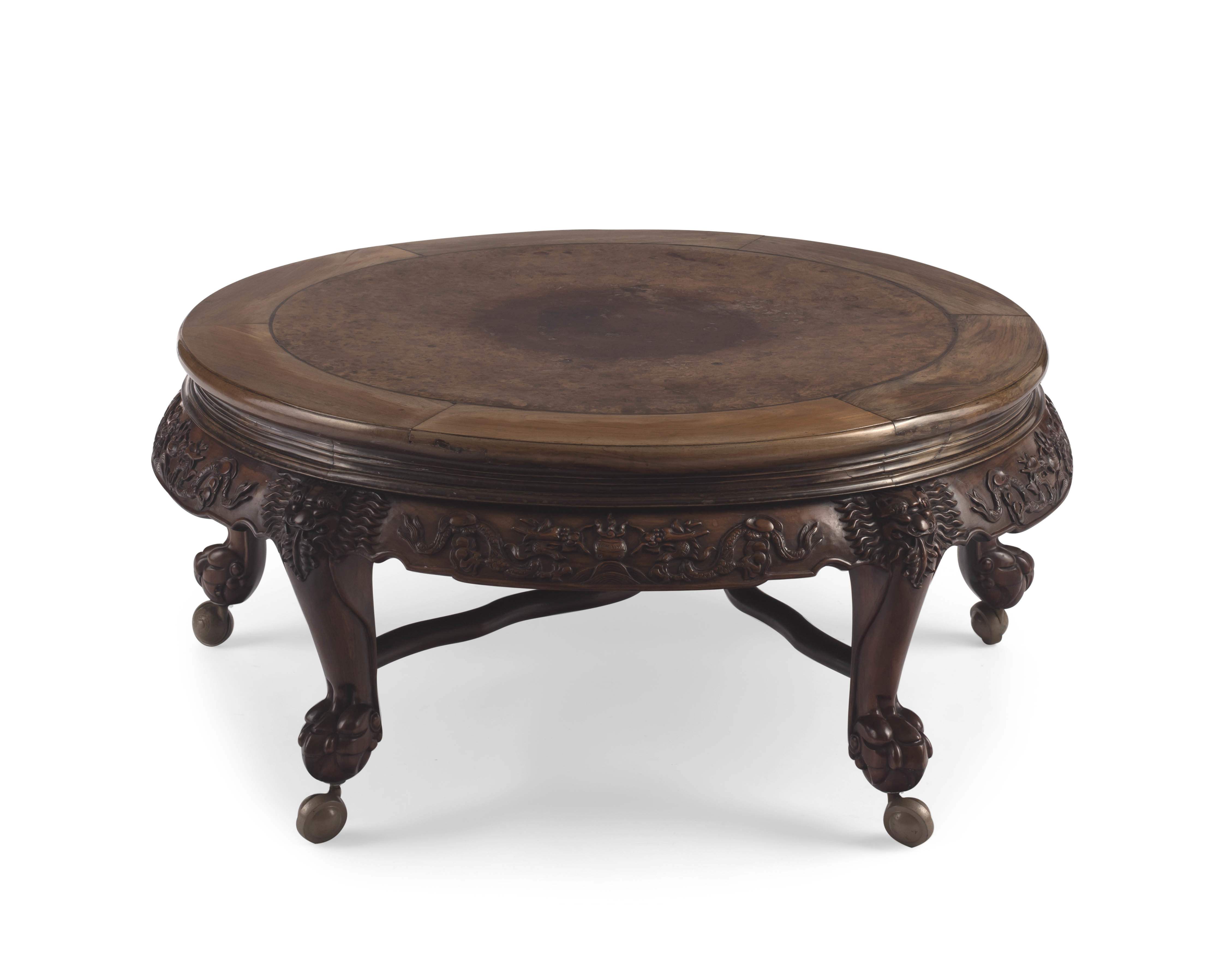 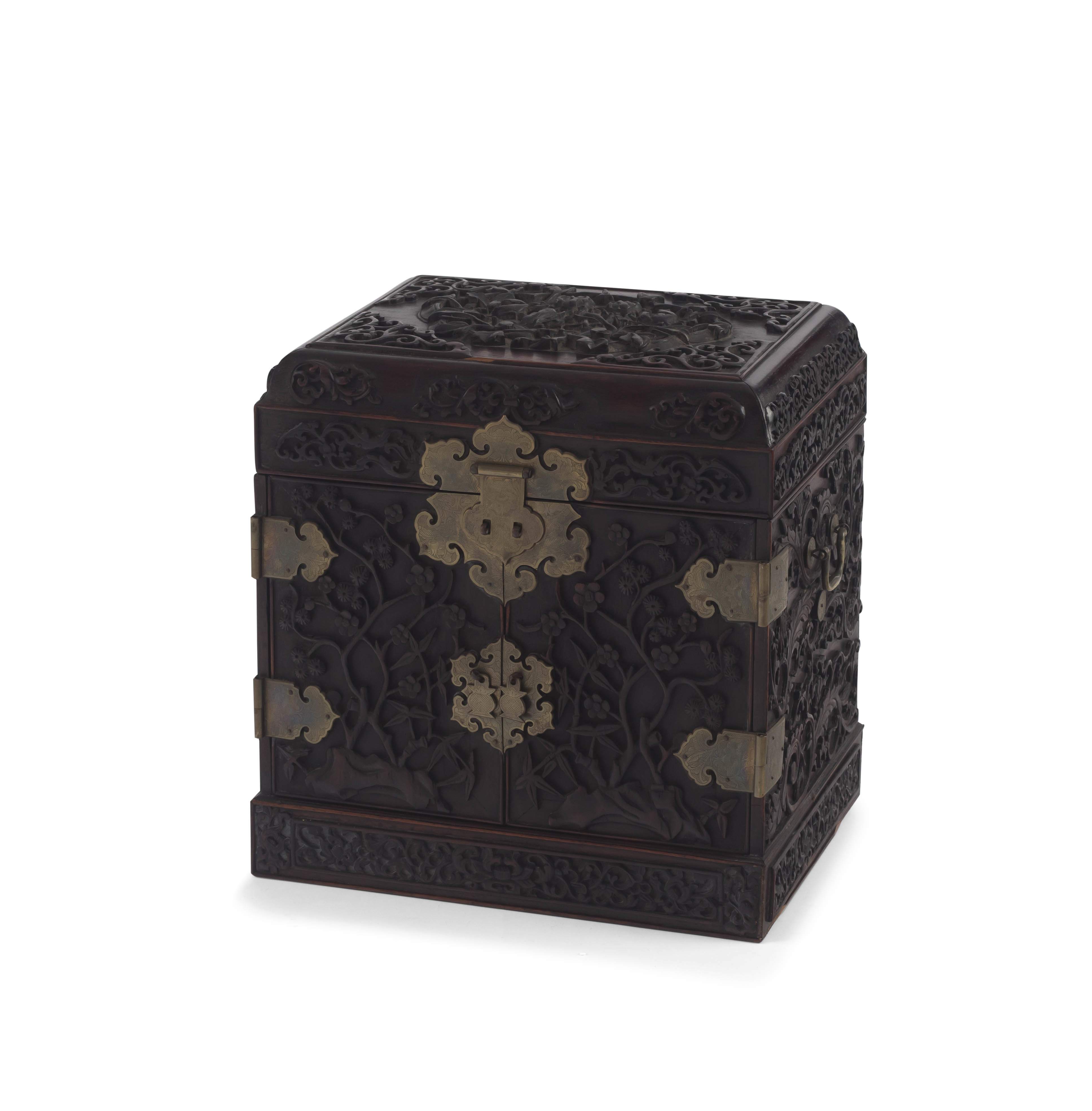 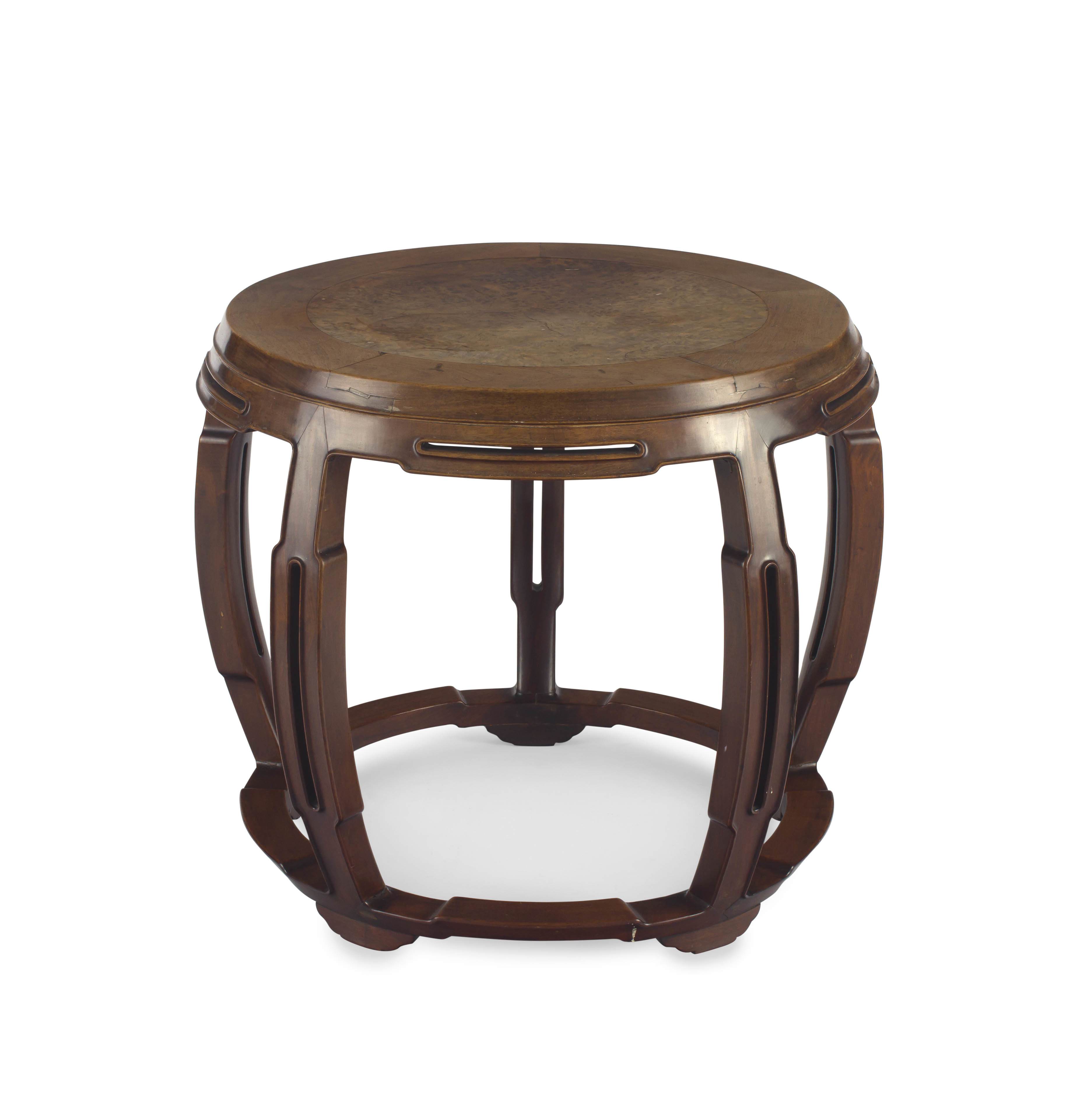 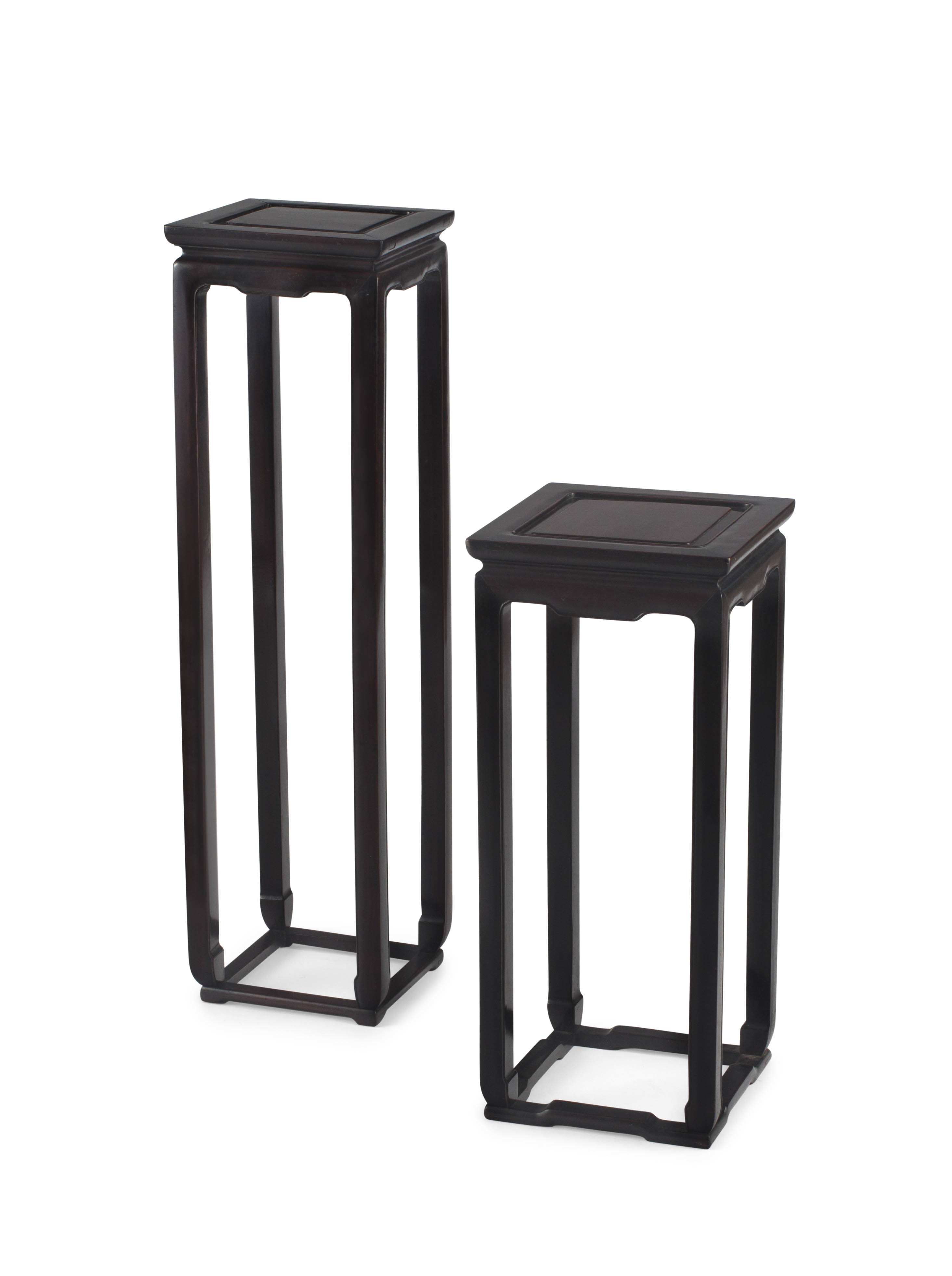