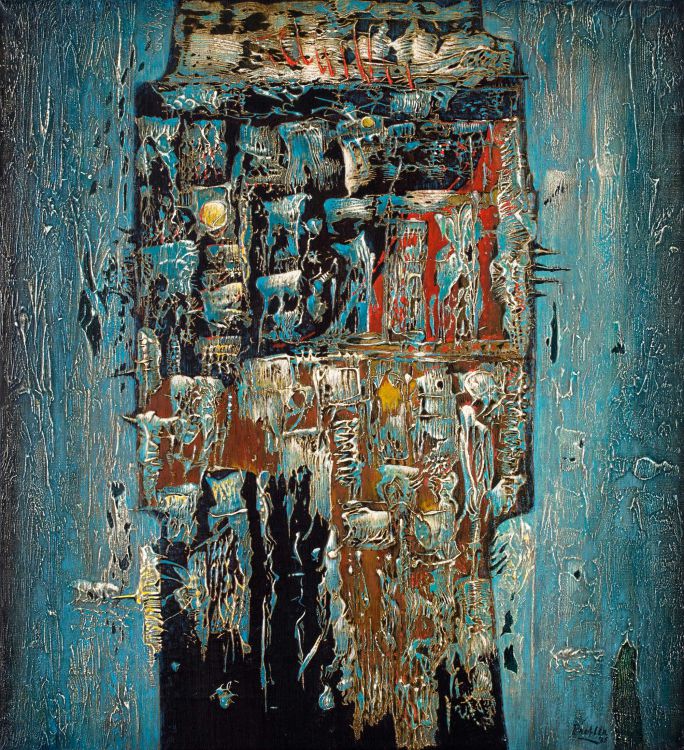 Preller spent the years between 1959 and 1962 on the vast, complex, all-engrossing Discovery mural for the Transvaal Administration Building in Pretoria. Having been so absorbed in the work’s meticulous, linear style, he began to experiment with abstraction immediately after completing the commission. With a renewed joy in the painterly world, Preller produced a remarkable group of inventive, layer-shifting abstract paintings, of which the present lot is a fine example. Through landmark works such as The Golden Fleece (1962), Credo/In the Beginning (1963), Helios (1963), Gold Temple of the Sun (1965) and Royal Stele (1965), the artist not only broadened his approach but made a new, striking visual statement.

Taking the vertical form of an ancient, commemorative monument, and painted with a nod to the French Tachiste painters, Stele is built up with a complex, evocative combination of colour and surface texture. By introducing a new sense of spontaneity to his method, and relying on gestural, thick swathes of impasto, the tactile element the artist began to explore in a painting like Stele set the scene for his later, career-defining intaglios of the late 1960s. 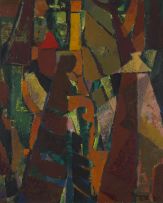 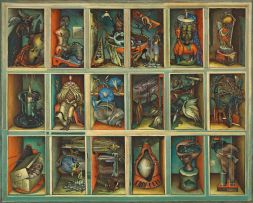 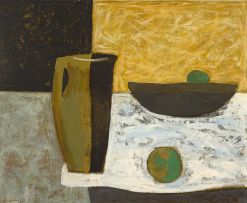 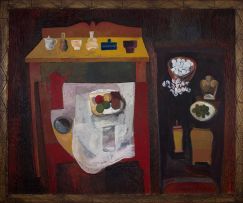 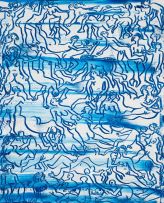