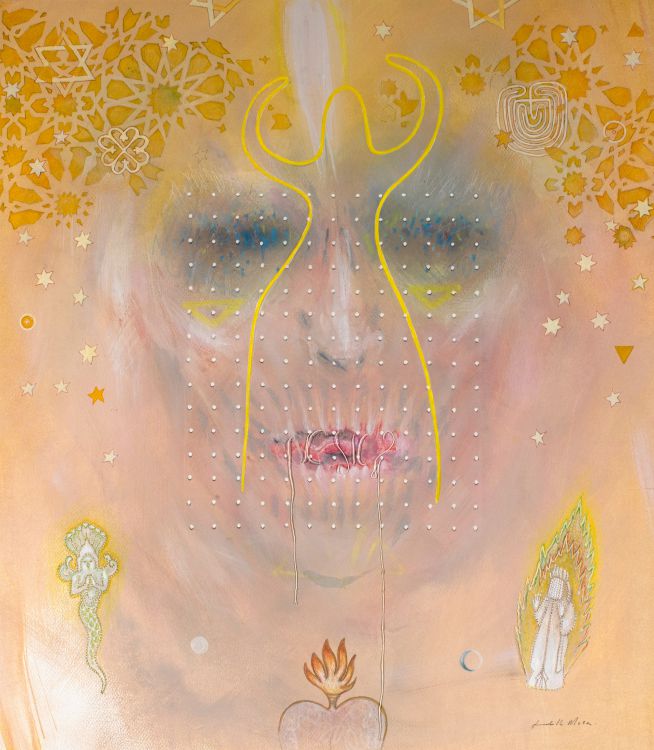 - From a remark by Dennis Potter, the British playwright, in an interview with the BBC.

"The head spreading the ‘rumour’ is that of the wise crone, or a sybil, or sophia, hiding behind a veil, in front of which is an early Egyptian fertility figure in outline."

Above her, against a pattern derived from mosque decoration are the four pointed ideogram of the ‘nyame dua’, the Supreme God of the Akan in West Africa; a Hopi labyrinth signifying Mother Earth; the Star of David; tantric diagrams and stars.

At the bottom left hand is an image loosely derived from an Indian Naga deity figure of the 2nd century AD, and Mohammed, veiled and a little alarmed, perhaps, at all this femininity, stands at the bottom right-hand corner.  This image is taken from a 17th century Turkish illustration.

The scorch marks of the flat iron attest to the household goddess, the threads thro’ the mouth signify the resistance to women as preachers. 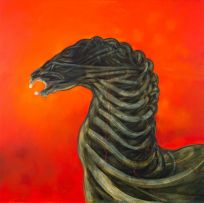 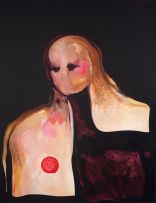 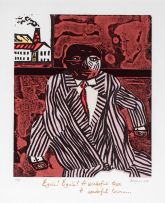