According to Marjory Wallace's records, sometimes she used Ingrid Jonker as a model. In total Wallace painted four paintings of Ingrid Jonker: two portraits, one of Ingrid, Jack Cope, Uys Krige and Jan Rabie on Clifton beach; and one of her with William Plomer. The latter is the current lot and was titled Poets by Marjory Wallace herself. 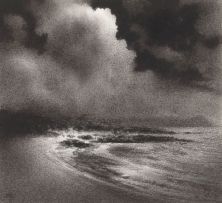 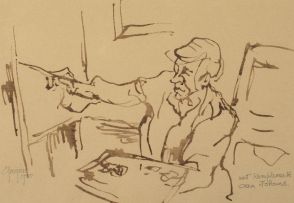 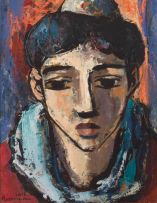 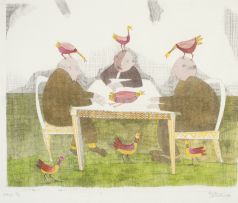