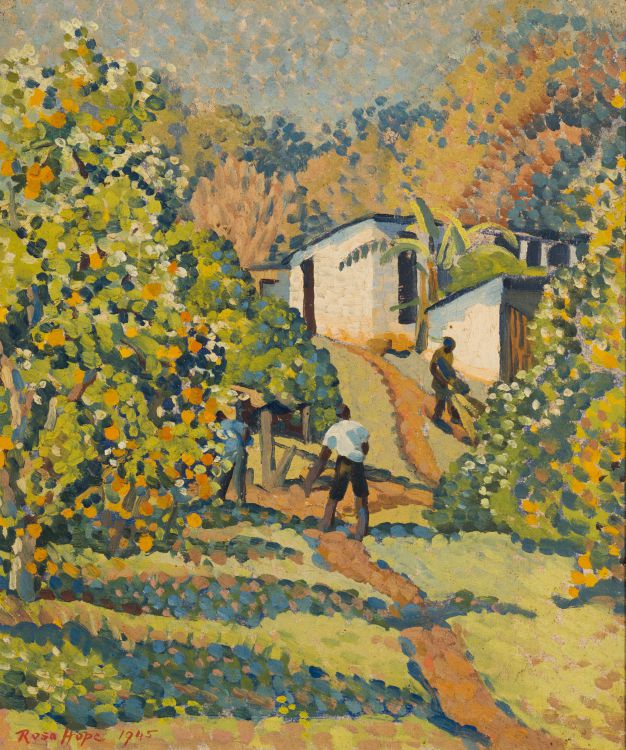 Rosa Somerville Hope
English 1902-1972
Orchard at Glenaholm, Pietermaritzburg
signed and dated 1945
oil on board
52 by 44cm excluding frame; 68 by 59 by 6cm including frame

She visited South Africa in 1935 and stayed after accepting a teaching post at the Michaelis School of Fine Art at the University of Cape Town. She taught there for three years, founding the school's printmaking and engraving department, and then moved to the University of Natal, Pietermaritzburg, where she taught until 1957. Hope designed the Great Trek Centenary tile tableau which is installed in the Irene Post Office, south of Pretoria.

She exhibited with the South African Society of Artists (SASA), as well as at the New English Art Club, the Redfern Gallery and Grosvenor Galleries in London. 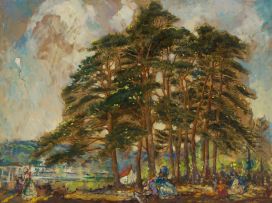 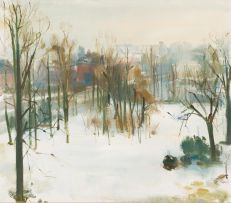 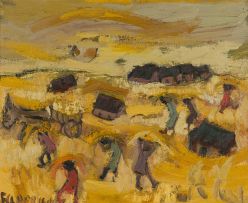 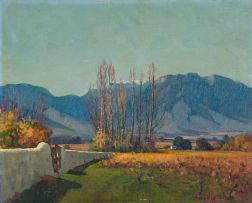 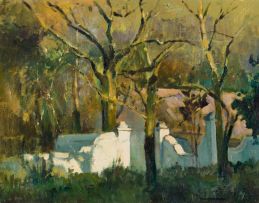 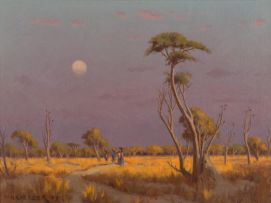