A graduate of the Pratt Institute in Brooklyn, New York, novelist and artist Jacob van Schalkwyk’s earliest works after returning to Johannesburg in 2008 chiefly used black. This lot from Fun and Games (2012), a series of works on paper produced after his move to Cape Town, evidenced a newfound interest in colour, now integral to his practice. The interlocking triangles of red and blue in this lot are suggestive of a backgammon board and speak to Van Schalkwyk’s investigation into the distinction between form and colour, using the hard-edged abstraction of Bridget Riley and Odili Donald Odita as a foil.‘

cf. Gallery AOP, Johannesburg, Jaco van Schalkwyk: Fun and Games, 24 March to 11 April 2012. Works from the same series were exhibited on this show.

Similar examples are in the Hollard and Nando's collections. 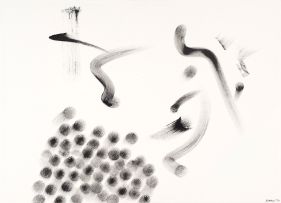 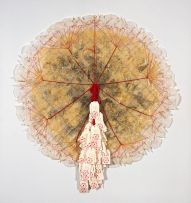 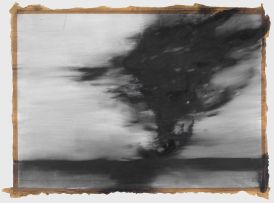 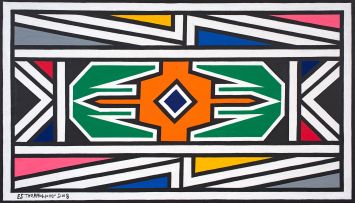