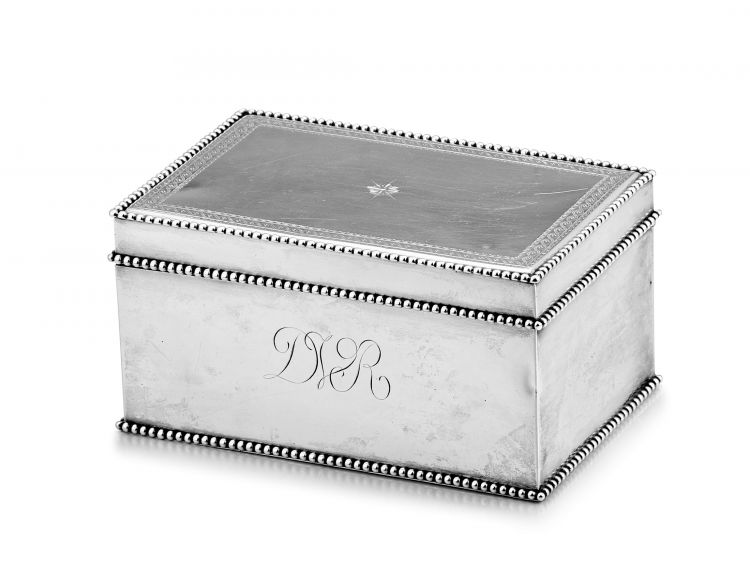 
rectangular, the rims with beaded border, the hinged cover chased with stylised foliate and geometric motifs, the centre engraved with a flowerhead, the front engraved with the initials ‘DVR’, the cover engraved ‘Presented to me in token of remembrance by Mrs Daniel van Renen, whose late husband died at my house, Swellendam, on the 21st August 1842, Thos Barry’, 7,9cm high, 15,4cm wide, 555g 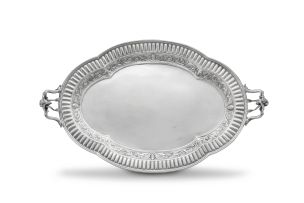 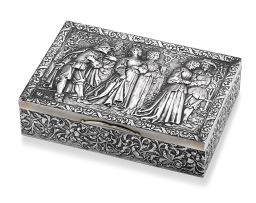 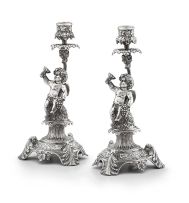 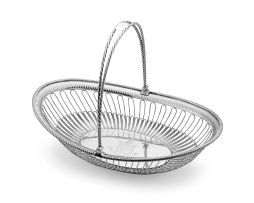 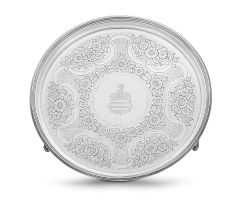 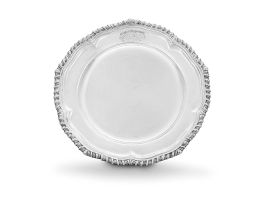