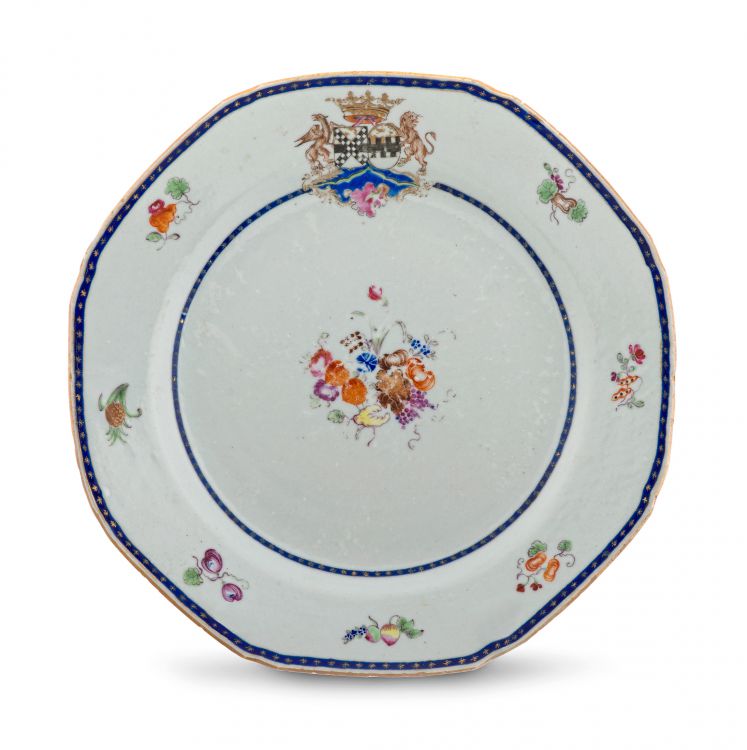 
octagonal, with gilt rim, the cavetto enamelled with a double dark blue border decorated with gilt stars enclosing enamelled sprays of flowers and fruit, enclosing with the Van Schuler/Van Aerssen coat of arms supported by a griffon and a lion and surmounted by a ducal coronet of five strawberry leaves, the centre painted with a further spray of fruit, flowers and foliage, 22,5cm wide

This plate was part of ‘the last armorial dinner-service made during the Company’s regime, ordered by Cornelis van Aerssen Beyeren, Lord of Voshol [who] arrived at the Cape in April 1785’ (Woodward, C.S., Oriental Ceramics at the Cape of Good Hope 1652-1975 : An account of the porcelain trade of the Dutch East India Company with particular reference to ceramics with the V.O.C. monogram, the Cape market, and South African collections, A.A. Balkema, Cape Town, 1974, pg. 125) 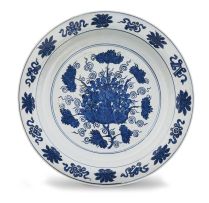 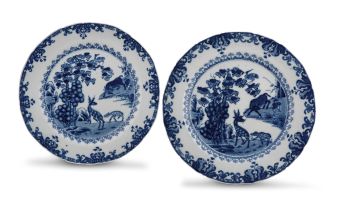