The sitter is Edith Dodo.

"According to Mrs  Dodo, Maud Sumner came to her student and friend on a very hot summer's day with the suit of armour she had borrowed from a theatre wardrobe, and commanded the young woman to pose for the picture as if the idea for it was spontaneous and urgent...........In Mrs Dodo's picture the young woman (with hairstyle and make-up that anachronistically belong to the 1940s) is seen in profile, looking up with an exalted gaze as if seeing a vision or hearing voices.......Towards the end of her life Maud Sumner clearly still considered Mrs Dodo's version of Sainte Jeanne d'Arc to be one of her favourite major works because when a thorough study of her oeuvre was mooted, she asked Mrs Dodo to have a good colour photograph made of it so that it could be included in the book." 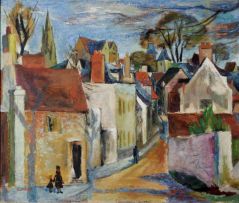 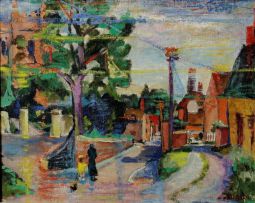 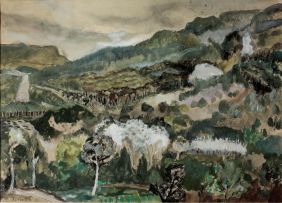 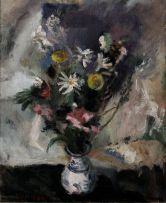 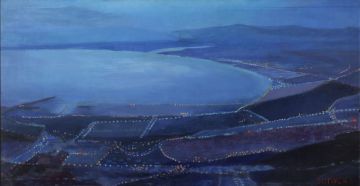