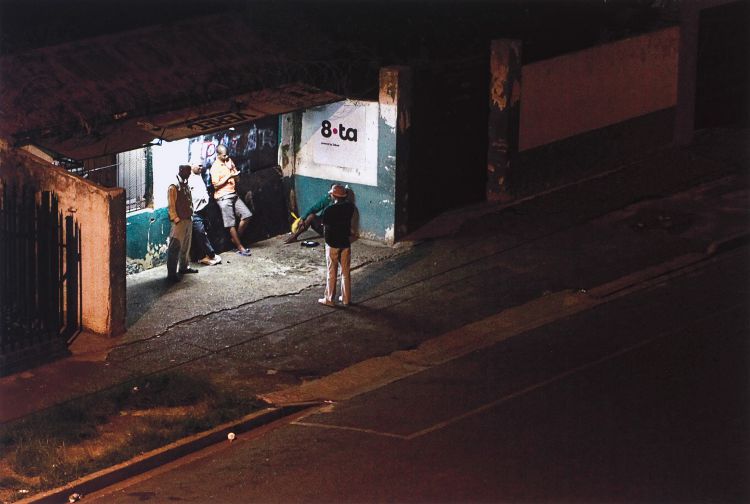 Mack Magagane’s artistic interest lies in the relationship between photography and memory and the narrative possibility of what is occurring beyond the framed image. His photographs are intimate vignettes of urban life in Johannesburg that create a conversation between real and imagined accounts of the people who both live in and pass through the city. Magagane’s series …in this city, produced during his 2011/2012 Tierney Fellowship at the Market Photo Workshop in Johannesburg, is compiled of snapshots of Johannesburg’s inner city at night, which the artist views as more serene than the day. In Untitled 12, a group of four men is illuminated by the bright light of a building’s overhang. The content of their interaction is decided by the viewer: good or bad, friendly or hostile. The image invites the viewer into the lives of these strangers; to create a story for their imagined lives. Magagane’s work ‘provides a glimpse into an almost fairy-tale urban landscape with sort of a theatrical narration, where night does not necessarily translate into darkness.’1

Another example from the edition is in the permanent collection of the Zeitz Museum of Contemporary Art Africa (MOCAA). 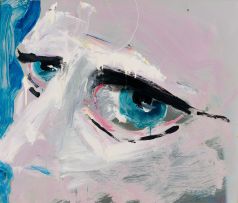 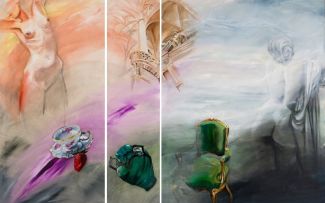 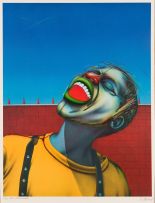