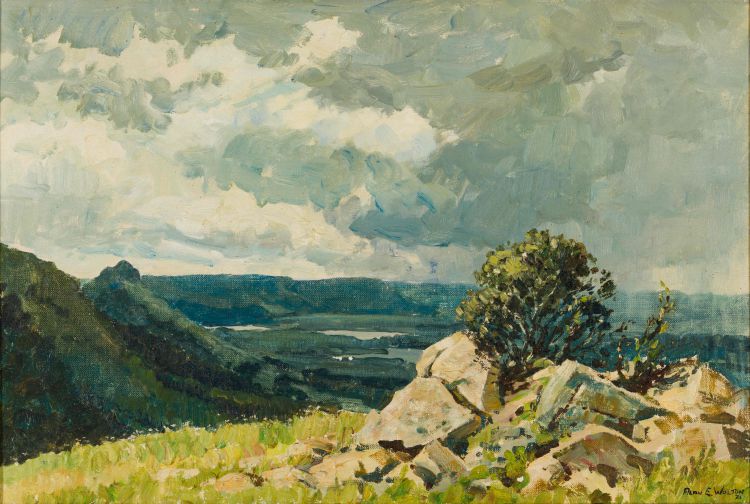 Alan Wolton
English 1934-
View over Umgeni Poort towards Fort Nottingham, KwaZulu-Natal
signed and dated 74
oil on canvas
50 by 74,5cm excluding frame; 71,5 by 96 by 8cm including frame

During the summer of 1974, Alan Wolton visited Ivanhoe farm in the Impendle district of KwaZulu-Natal, where he slept out in the hills in his homemade camper truck. He painted several works, one of which is this view from the top of the hills above Umgeni Poort looking down towards the farms at Fort Nottingham. The sky in this landscape hints at the storms that struck later in the week. After lightning killed several head of livestock, Mr. Wolton decided to return home. At that time the artist had a gallery in Underberg, but this painting was bought from him by the current owner from an exhibition in Pinetown. 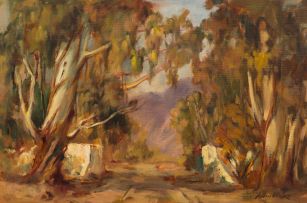 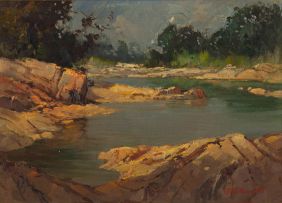 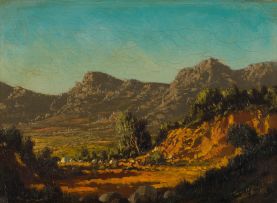