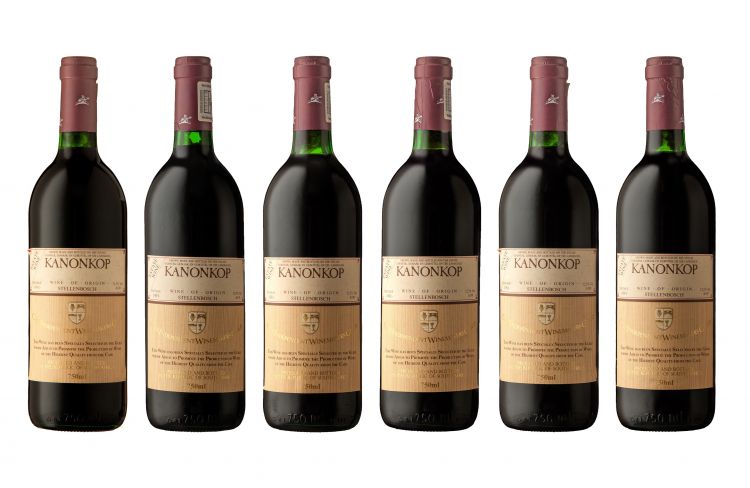 Kanonkop
CIWG, 1991
6 (1 x 6) 750ml
Often described as the South African equivalent of a Grand Cru or First Growth, Kanonkop Estate is situated on the Simonsberg mountain slopes on the outskirts of Stellenbosch. Owned by the fourth generation Krige family, Abri Beeslaar is their long-term winemaker who has won International Winemaker of the year an incredible 3 times. A blend of the best Cabernet Sauvignon, Cabernet Franc and Merlot from the estate. The 1991 vintage, undoubtedly one of the best vintages of the nineties, featured cool growing and ripening periods resulting in very elegant wines. Open fermenters were used and the wine was matured in new French 225 litre barrels for 24 months. 100 cases of this wine were sold at the 1994 Auction, and again 12 years later at the 2006 auction, fetching an average of R4010 per 6 bottles.