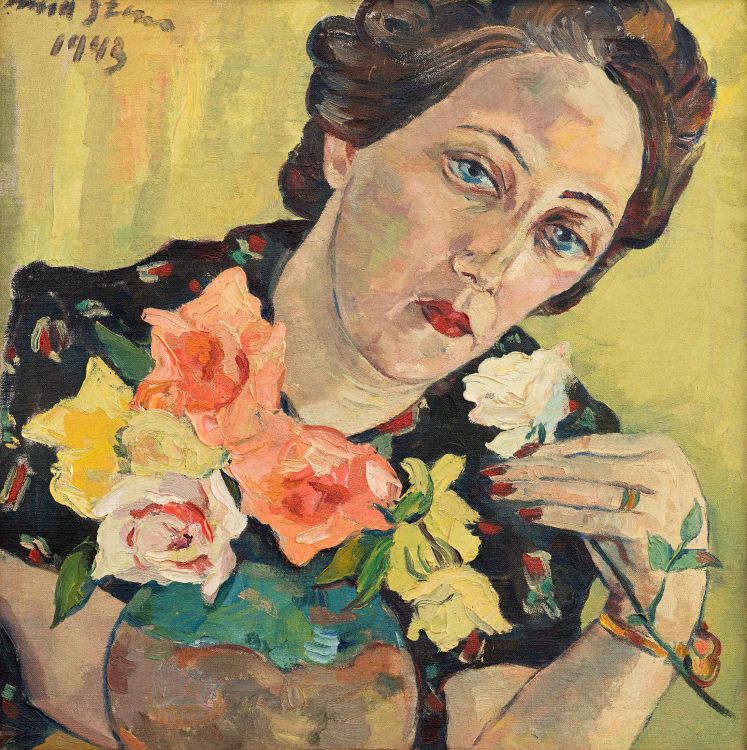 In the final chapter of her ‘memoir with letters’, Remembering Irma, Mona Berman imagines a dinner party that might have taken place at her mother Freda Feldman’s Johannesburg apartment in 1986, a year before Freda’s death.1 Stern had been a close friend of the Feldmans for many years, and was a frequent visitor at their gracious Houghton home2 – a hub of Johannesburg Jewish intellectual and cultural life – when she was at the height of her career from the 1930s to the 50s. Indeed, during her extended visits, the dining room of the house would be converted into a temporary studio for Stern, its walls having been painted celadon green – better to offset her still-lifes and portraits – at the artist’s behest. Over the years, the Feldmans collected many works by Stern, and sat for numerous portraits.

By Berman’s telling, the assembled dinner guests – comprising artists, an art historian, a curator and a collector – inevitably began discussing the Irma Stern portraits to which the walls of Freda’s dining room had been given over. Of particular interest to the guests were three portraits of Freda painted during the war years, in 1943, when she was 33 years old. Two of these portraits are presented on this sale, with the third, Portrait of Freda Feldman in a Basuto Hat, having been sold at Strauss’s Johannesburg sale in May 2016. Although Berman’s narrative is fictional (as she grew more frail towards the end of her life Freda rarely entertained) Berman’s recounting of Freda’s responses to the guests is based on her first-hand accounts of her mother’s relationship with Stern. A certain amount of poetic license notwithstanding, it thus gives a fascinating insight into the primary reception of these works both by the sitter and the artist. It also provides a powerful context for understanding their significance both as portraits of an elegant and interesting woman, and as exceptional examples of Stern’s skill as a painter.

Freda shared with her husband Richard a strong sense of social justice. Richard3, who came from humble beginnings as a Lithuanian immigrant, went on to become a successful businessman. He was also a prolific public speaker and writer, in English and Yiddish, on topics of social concern. He had a particular interest in race relations, and his writings convey a deep concern with the social and cultural realities of black people in South African cities.4 Freda, whom he married in 1931, was born in Johannesburg. The oldest of ten children, she grew up in the rural setting of Amersfoort (Mpumalanga) where her father ran a grocery store. Berman describes Freda’s story as that of “a young woman who was awakened by the love and passion of a sensitive, highly moral, enlightened man who taught her about life, world affairs, literature, art, culture, Yiddishkeit, community organizations and the political reality of South Africa”.5

Encouraged by Richard, Freda learned public speaking, and together they established the South African chapter of the ORT organization, a non-profit global Jewish organization devoted to community-based education and training. Freda was elected to the World ORT6 Union, and became an important and respected leader in the South African Jewish community. She used her natural sense of style to best advantage, and channeled her love of beautiful clothes and accessories into constructing an elegant public persona, “not with the idea of showing off to others”,7 but rather to lend distinctiveness and grace to the countless charitable events she organized.

It was also Richard who introduced Freda to Irma Stern, whom he had met in Johannesburg in 1925. Despite the 16-year age difference between the two women, as well as their differences in appearance, temperament and outlook, they became firm friends. As Mona Berman puts it, they “seemed to complement each other and be stimulated by the diversity of their experiences”.8 Much of the strength of this relationship is evident into the portraits that Stern painted of Freda. Berman argues that Stern found “the attractive features of my charismatic mother the perfect subject to express her own moods that allowed her to imagine herself with the appearance and bearing possessed by my mother.  In every portrait she did of my mother, four oils, several charcoals and a gouache, she showed a completely different aspect of Freda”.9

Freda with Roses, the first to be painted in the series of three portraits, brings together Stern’s love of flowers (which was shared by Freda10) and skill as a portraitist with dazzlingly intensity. The almost garish lime-green background vividly offsets Freda’s blazing blue eyes and red lips, while the pale rose in her immaculately manicured hand creates a visual link between the rose orange, pink and yellow roses in the vase and the bright flecks of colour on the black ground of her dress. While for one of the fictitious dinner guests at Freda’s party the painting “holds no joy… as though the roses were being placed on the graves of fallen soldiers”,11 one could equally argue that this is Stern at her most audacious as a painter, the strident colours and confident, vigorous brushstrokes combining in a flamboyant celebration of friendship and femininity.

The third of the series to be painted, Freda in a Khaki Dress, is very different, both in colour and in mood. The formal severity and drab colour of the dress in question is barely mitigated by a blue and orange brooch in the form of a jeweled cockerel. The blue tones of the brooch in turn offset the pale wistfulness of Freda’s eyes, which no longer blaze with the bright intensity of the previous painting, while the distorted elongation of the neck adds to the sense of unease. Indeed, in its melancholy introspectiveness, it is in many ways atypical of Stern’s work of the period.

Interestingly, this portrait only came into Freda’s possession shortly before Stern’s death. Although all three portraits date from the same visit to their home in 1943, this portrait was produced later in Stern’s studio from drawings, without Freda’s knowledge. In fact, Freda was only alerted to its existence by the Adler-Fielding Galleries in 1966, who sent it to her for verification. She bought it as she “couldn’t bear the idea of it being shown in a gallery or hung in a stranger’s home”.12 She wrote to Stern enquiring after it, but Stern, in one of the last letters she ever wrote to Freda, denied “ever selling a picture of yours to anybody but yourself”.13

Given both the relationship of the sitter to the artist, and in resisting the usual epithets applied to Stern’s paintings of the 1940s, this painting is a compelling testimony to the intensity of a “friendship and mutual dependence [that] had endured through time and circumstance”.14 In deflecting us for a moment into a space of unquiet intimacy, it also has the effect of rendering more visible and poignant the dazzling sensuousness of Stern’s oeuvre.

4 Below, Irene. “Between Africa and Europe”, in Paul Cullen (ed.), Expressions of a Journey, Standard Bank Gallery, Johannesburg, 2003, p. 36. In 1935 Feldman published a book of short stories in Yiddish, Shwartz un Vays (‘Black and White’), which dealt with the plight of the downtrodden black population and the poverty of Jewish immigrants arriving in South Africa.

6 From the Russian Obchestvo Remeslenogo Truda, ‘Association for the Promotion of Skilled Trades’.

13 Ibid. Berman writes that Freda “suspected Irma knew that Richard would have disliked [the painting] – which he did when he eventually saw it – and so had stashed it away in her storeroom cupboard. A dealer may have come in the months before she died, and bought a number of her discarded paintings” (ibid. 178).

Purchased by the sitter, thence by descent. 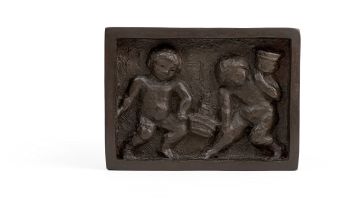 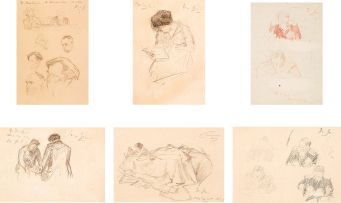 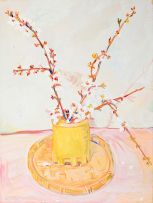 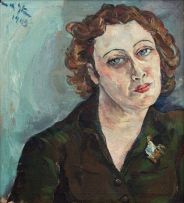 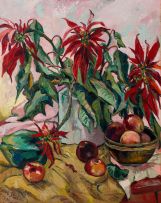