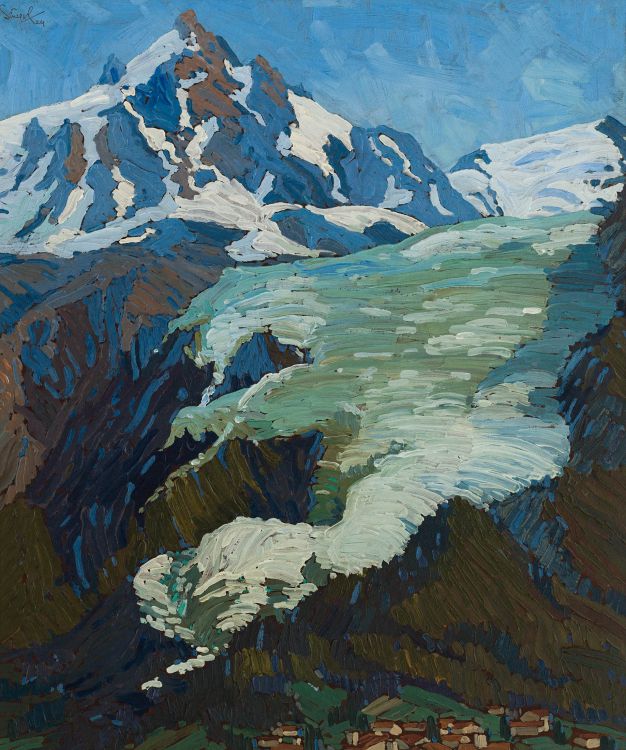 While marvelling at the short, twisting ribbons of teal, mint and ice-white that shapes Sénèque’s Aiguille Du Midi, it is quite remarkable that the artist received no formal training other than an architectural apprenticeship at the Durban firm Chick & Bartholomew before moving to Paris in 1921. Over and above his work there under the architect and urbanist Alfred Agache, Sénèque drew and painted seriously, participating on numerous Parisian salons. While his architectural bent tended to give his work a disciplined and balanced compositional structure, the small group of Alpine oils he produced in 1924, shortly after his marriage, are more memorable for their breathtaking scale, as well as their solid, meandrous and densely overlapping strokes of colour. With his first solo show at the Maison des Artistes in Paris behind him, Sénèque returned to Durban in 1925 to establish his own architectural practice. His reputation as a painter grew quickly, and he built up a spectacular, vivid record of the Durban harbour and its surrounds. His death in 1930, aged only 33, robbed the country of one of its most thrilling and individual artists. 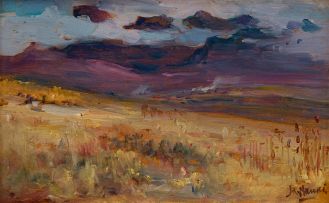 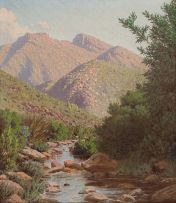 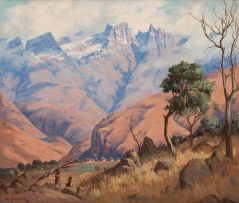 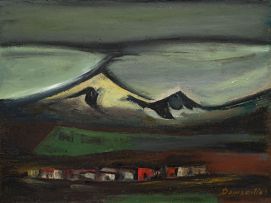 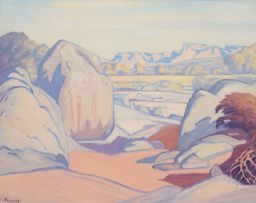 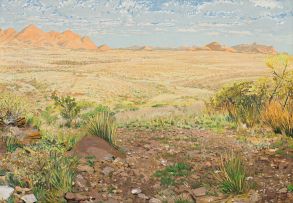