Michael MacGarry’s The Wanderer references the form of at least three of his earlier sculptures: The Economy of Modernity (2005), Champagne Socialists (2008) and Tippex Politics (2008). In all three a seemingly amorphous amalgam of detritus emerges, or rather sprouts forth fountain-like from the earth, only to solidify or petrify in its tracks. Each has the strong notion of a dubious beginning. In The Economy of Modernity, MacGarry comments on modernist architect, Mies van der Rohe’s idea of how cheaply can one build a house. In Champagne Socialists he criticises armchair communists, and in Tippex Politics, he explores the concept of the palimpsest: African politicians wiping out the past and rewriting it the way they see fit. In the present lot, MacGarry invokes Matthew’s admonition: ‘’Woe to you, teachers of the law and Pharisees, you hypocrites! You are like whitewashed tombs, which look beautiful on the outside but on the inside are full of the bones of the dead and everything unclean.’’ (Matthew 23:27) The sculpture inverts this notion, showing the ugliness outside by spewing forth bone fragments, iron pipes, bits of palisade fencing and staircase railing, and plastic rope. Contemporary life in Africa, he seems to say, is in a constant state of invention and flux. 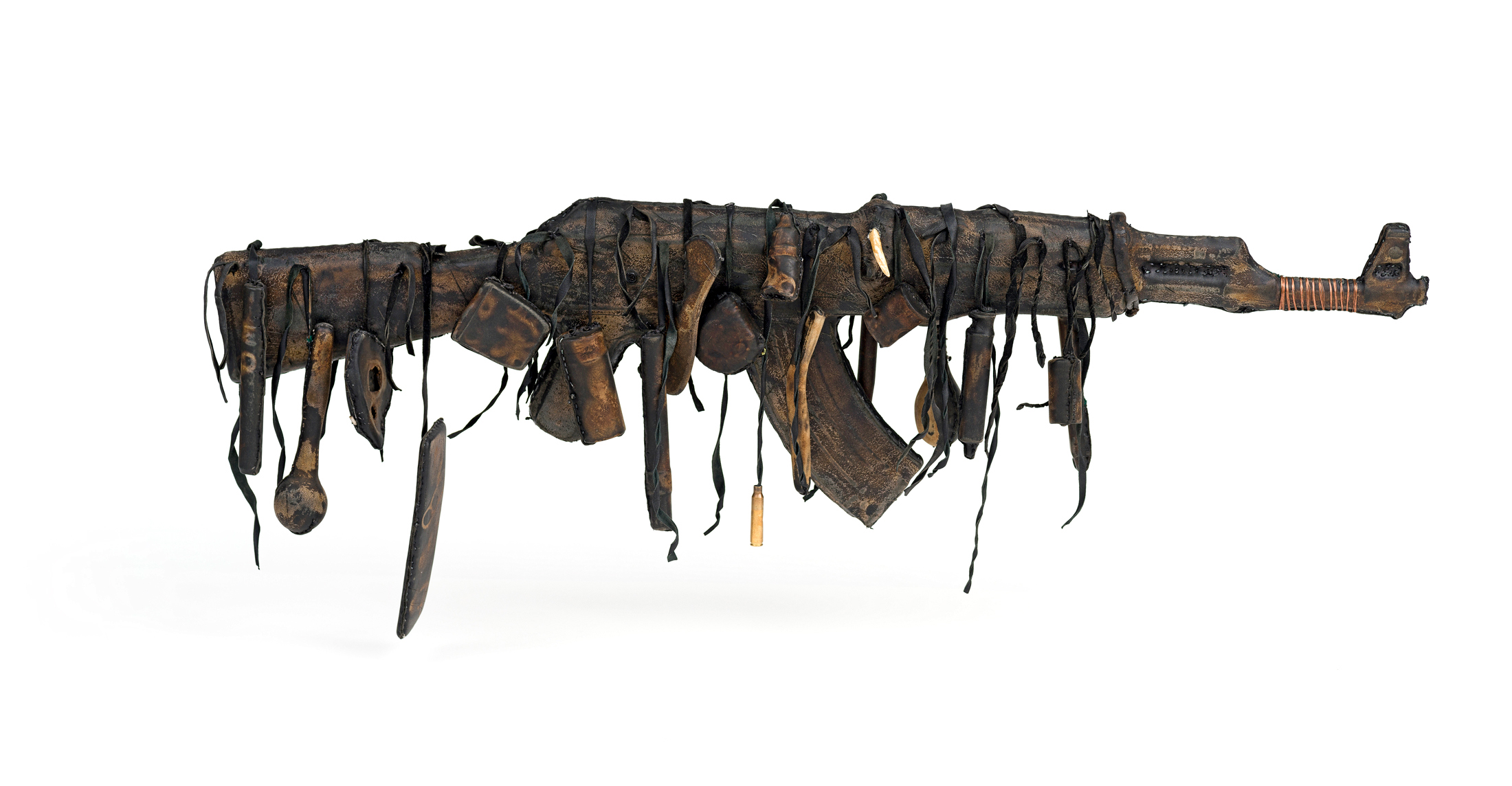 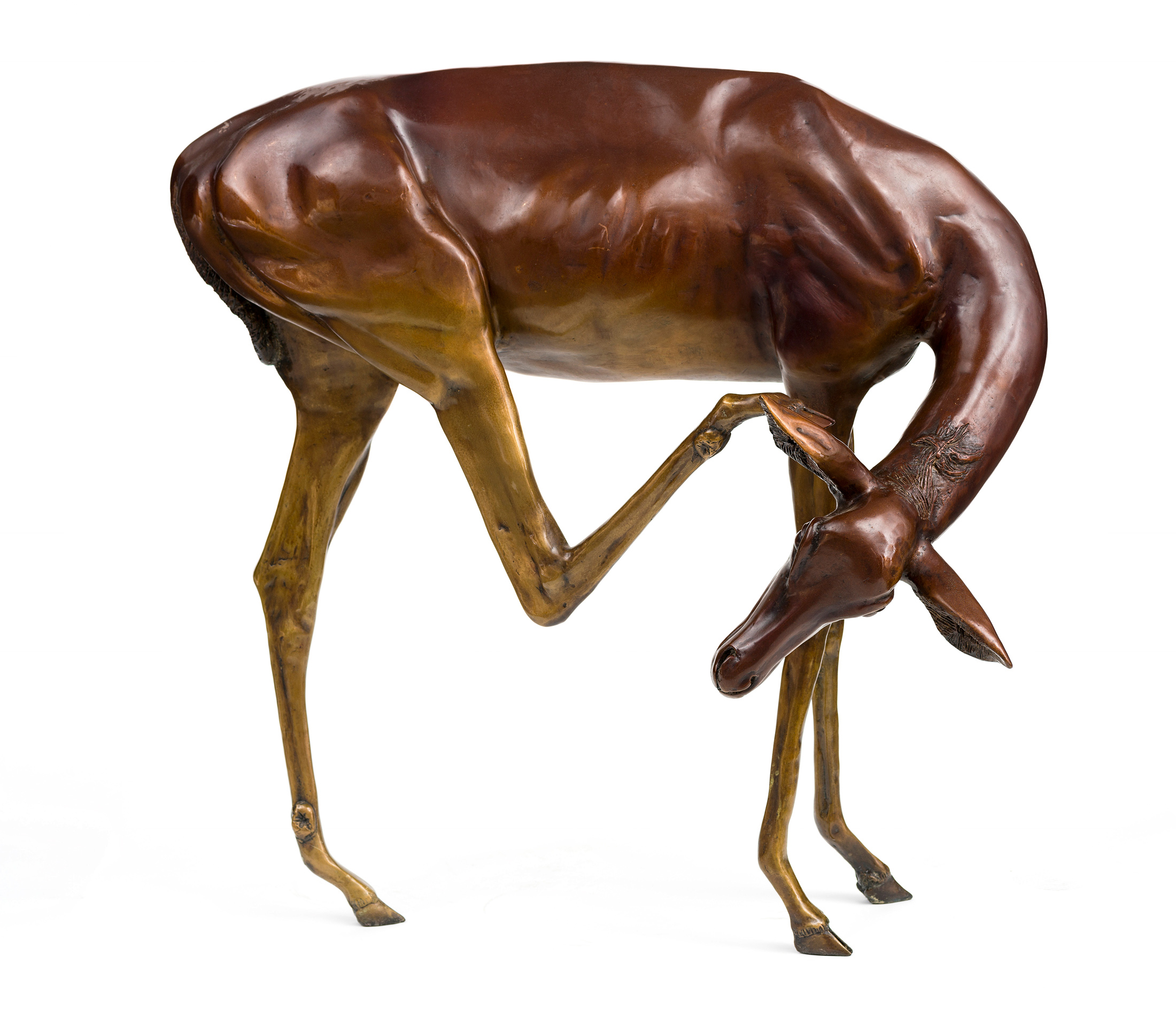 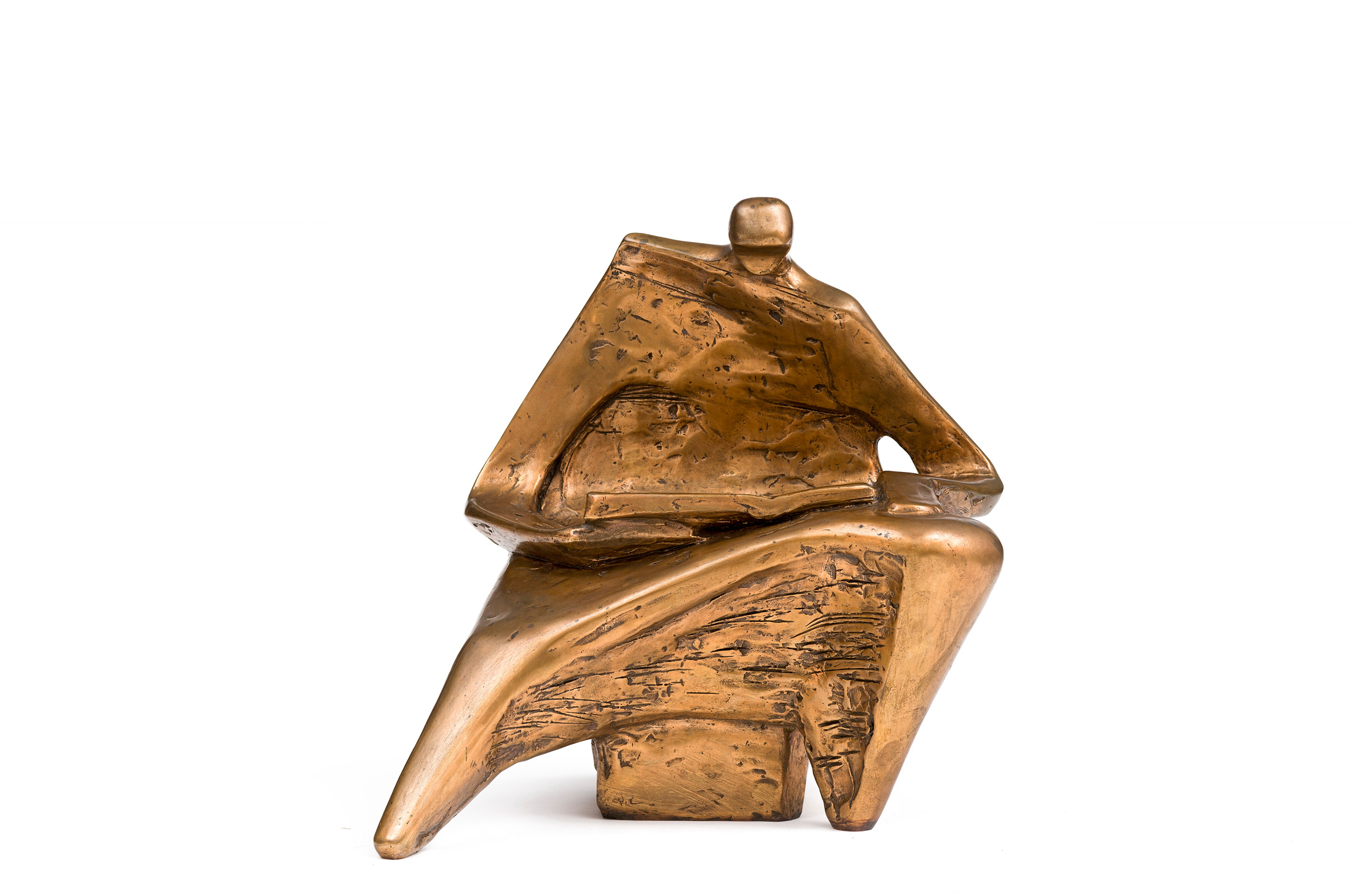 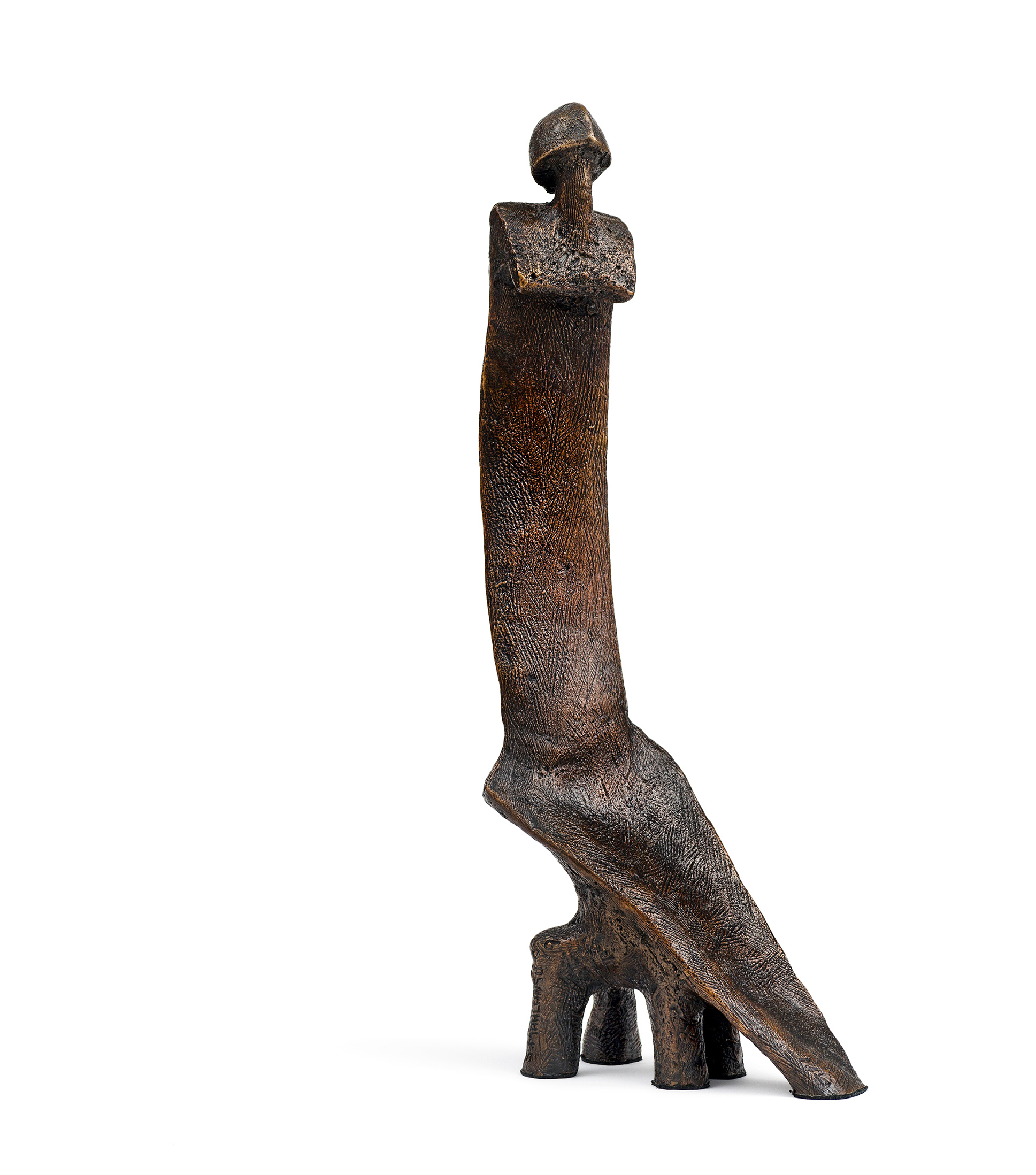 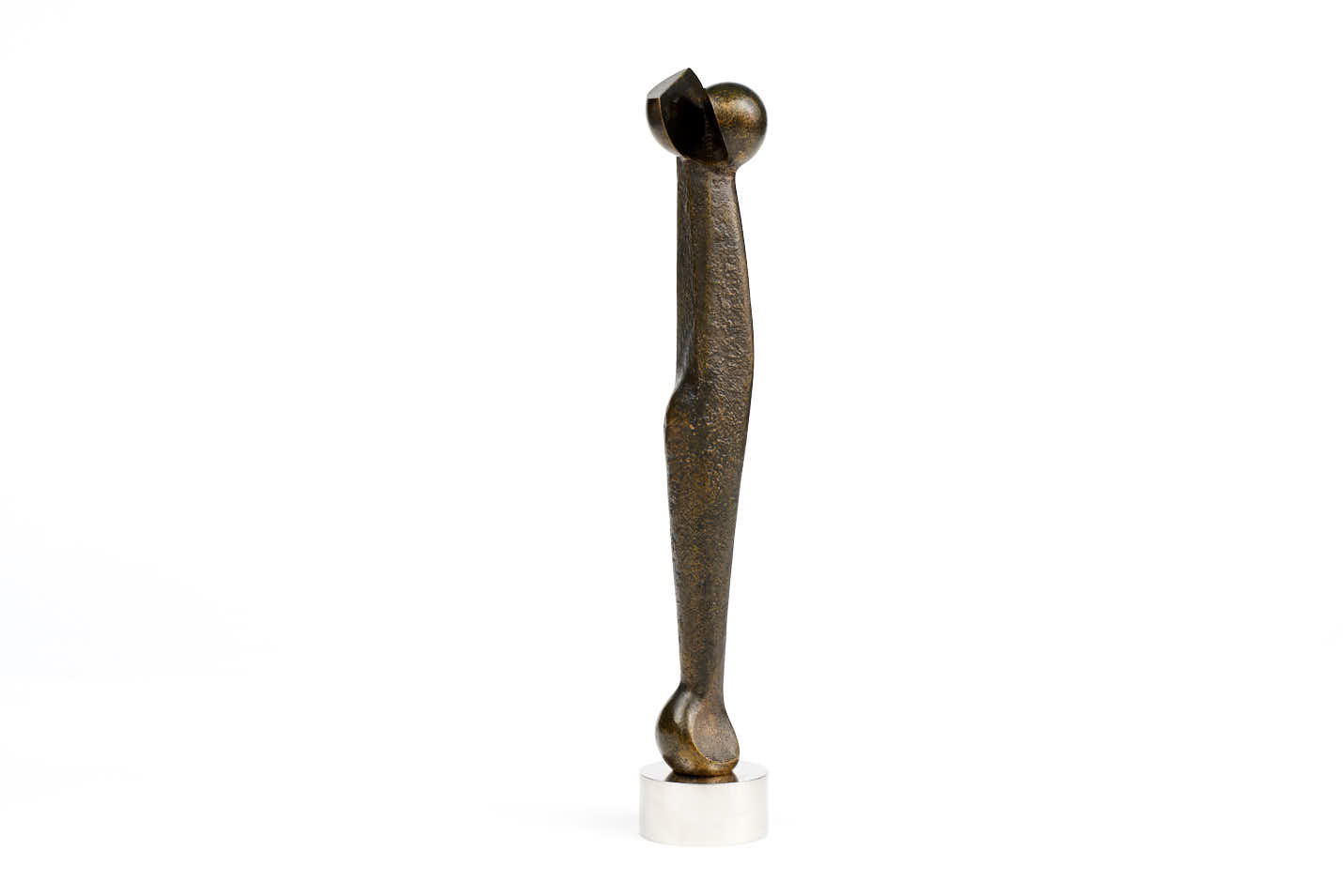 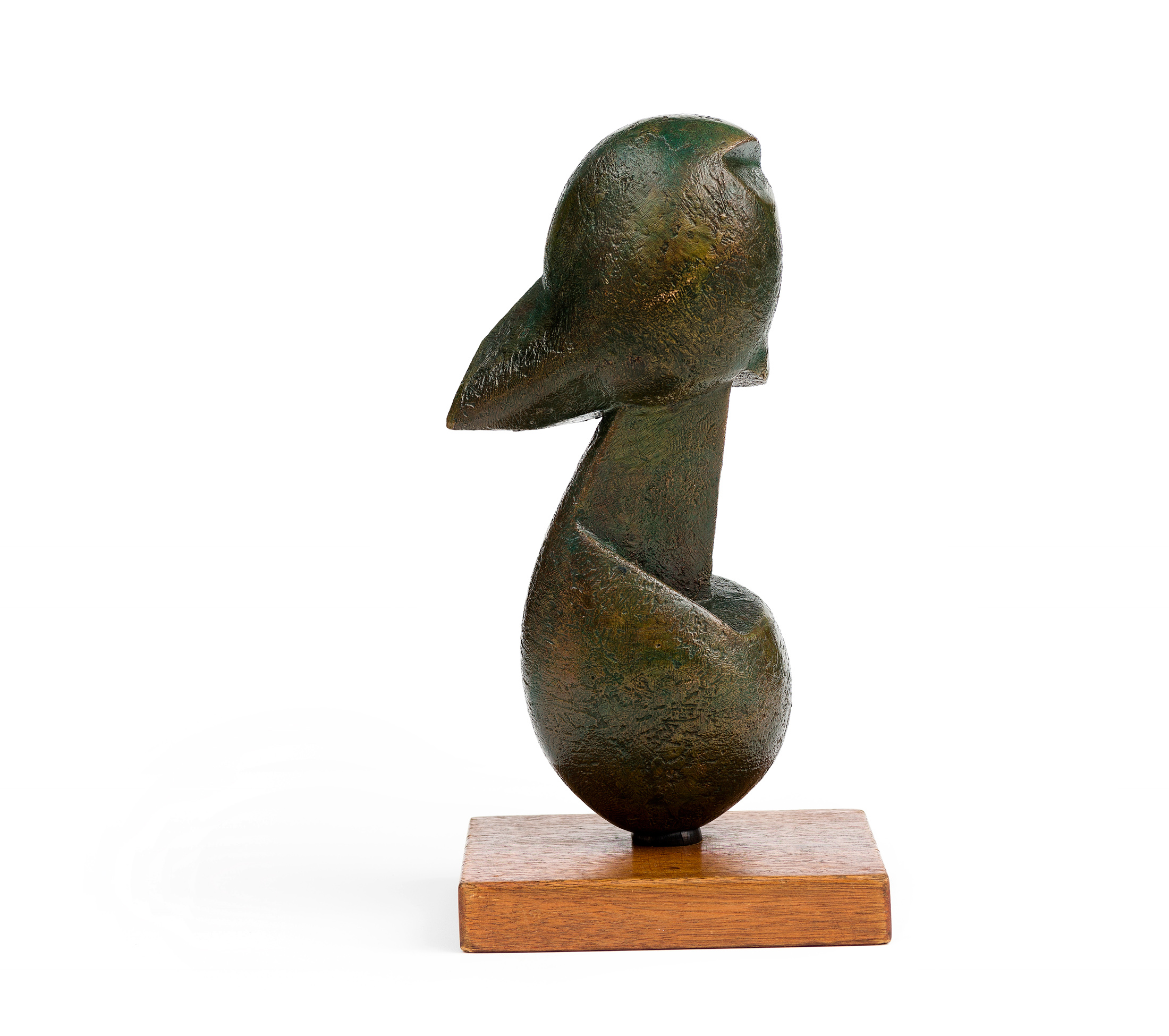