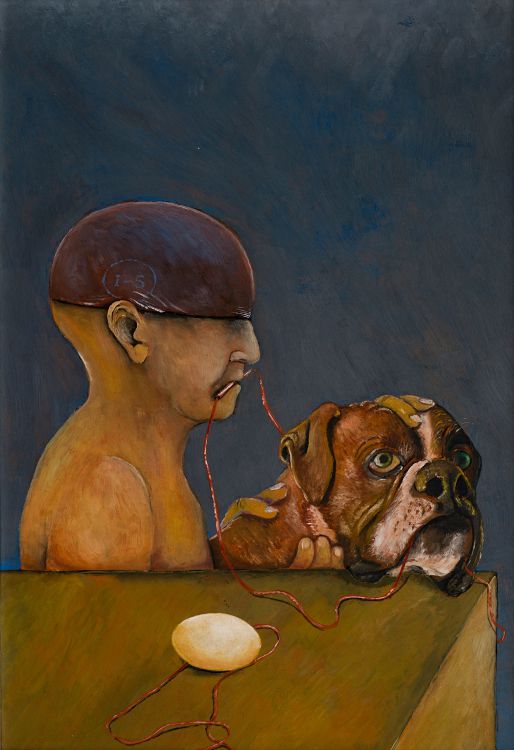 Illustrated in colour on the cover of Breyten Breytenbach’s anthology of poems, Voetskrif (1976), the present lot depicts a surreal scene of man, dog and egg. The lot is accompanied by a handwritten poem by the poet, dedicated to the present owner, and titled ‘mens’, dealing with those things, lyrical and prosaic, that make us human. Better known for his importance as Afrikaans resistance poet under apartheid, Breytenbach emerged as a fine artist in his own right, designing and painting the images that adorn his numerous anthologies. Of particular interest is the book Vingermaan (1980), a collection of the drawings Breytenbach did while he was incarcerated under the Terrorist Act in the early 1970s. The dog appears in no fewer than three of these drawings. 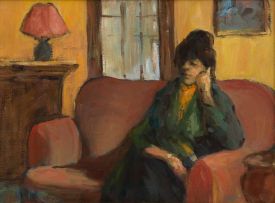 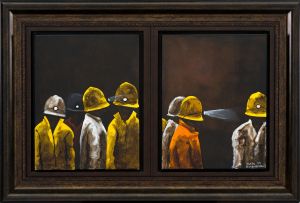 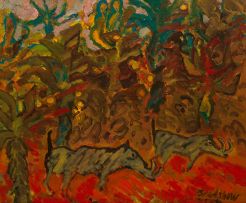 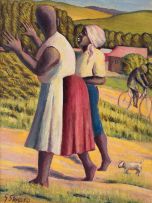