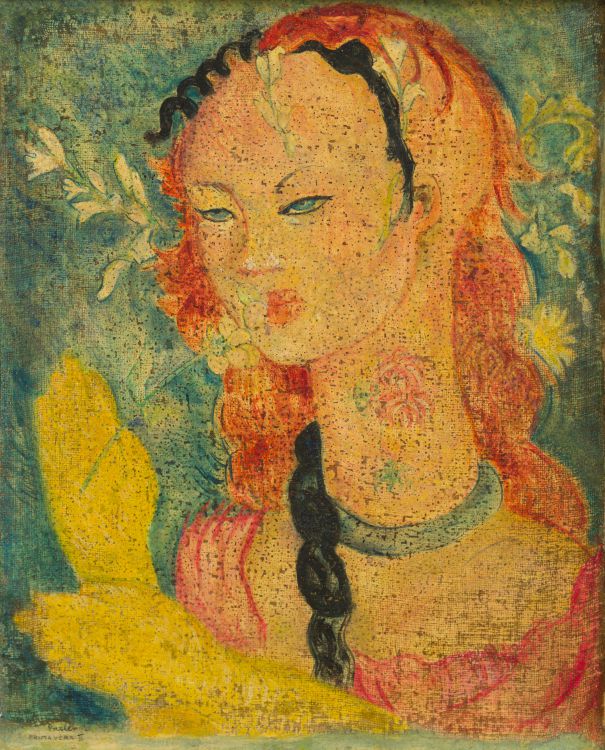 A multitude of flowers surround the subject in the Primavera II portrait, turning her into a goddess of Spring: a rose is tattooed on her neck, she lifts a common buttercup towards her nose, and her forehead and the rest of the picture plane is embellished with narcissus flowers, recalling the flower-strewn figure of Flora in Sandro Botticelli’s famous Primavera of the late 1470s. Preller studied the art of Italy and was familiar with Botticelli’s works from the many art books he accumulated during his lifetime. He was also particularly struck by the frescos of Piero della Francesca and visited Florence and Arezzo on a study trip in 1953.

The present lot, Primavera II, painted in 1941, appears anomalous in Preller’s oeuvre. It was painted many years before the more famous Primavera of 1957 – a work that was inspired by the depiction of the Three Graces in Botticelli’s Primavera – and the Primavera heads, or portraits, painted from 1963 to 1967. Preller served in the medical corps during the Second World War, and in his war paintings, he ameliorates the horrors of war by, for example, turning the swabs of gauze on wounded bodies into flowers or butterflies on the picture plane. What is striking about this early Primavera is the gauze-like texture of the surface. It is almost as if Preller made impressions with gauze in the wet Plaster of Paris before he painted the portrait. The pitted surface of the work enhances its fresco-like effect.

It is noticeable that the head in the present lot is made up of two parts: the face, an oval disc or shield turned away from the viewer, with slanted almond eyes that lend it an inscrutable expression, and a side view of the back of the skull, an angle Preller used often in such works as African Head, Young Prince, Christ Head, Space Angel, and Greek Boy. The band around the neck almost suggests that the head might have been severed from the rest of the body, a compositional devise that Preller also employed in many other portraits.

Preller visited Egypt, and his work can be seen to have been influenced by the hieratic expression on the faces of the art of that ancient culture and the death masks of the Al Fayyum in the Egyptian Museum in Cairo. 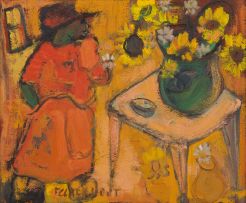 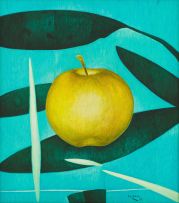 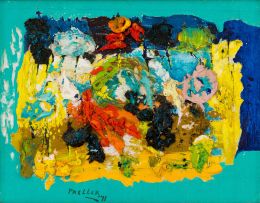 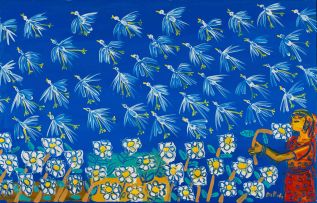 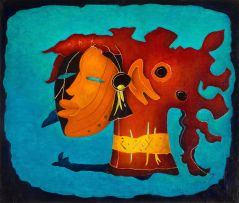 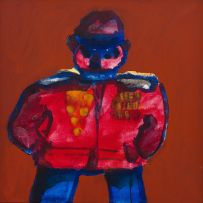