Mollie Faustman was a Swedish artist, cartoonist, poet, writer, journalist, art critic and film maker. She studied at the Valand Art School in Gothenburg from 1905 to 1908 and in Paris from 1908 to 1911, including a stint in Matisse’s studio. The influence of Expressionism and Fauvism is evident in the vibrant colours and gestural brushmarks that characterise many of Faustman’s artworks.

The vivid lemon yellows and brilliant lime greens of the present lot, Girl, Raking, suggest the work is referencing the brief but intense Swedish summer, when many city dwelling families migrate to country homes to enjoy rural living and outdoor pursuits. As a child, Faustman spent summers at her grandfather’s home in the district of Flen. Faustman’s two children were frequently the subjects of her paintings, and the blond girl in this painting is most likely her daughter Tuttan, whose distinctive bobbed hair style is identifiable across other works including My Daughter, Children Playing on the Beach and Girl with a Bunch of Flowers.

Faustman exhibited with the Optimists, a group of Swedish Modernists, from 1924 to 1932, and later with the Independents and the Color & Form group. She also had a number of solo exhibitions at the Art Centre in Stockholm during the 1930s and 1940s. 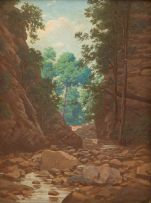 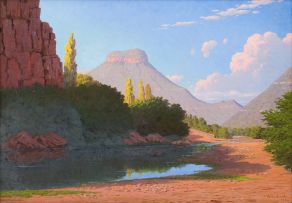 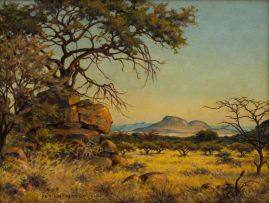 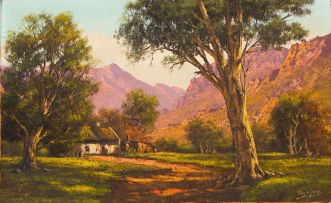 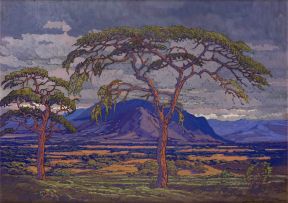 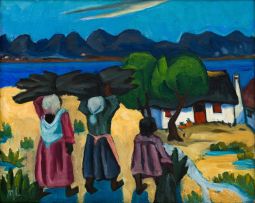