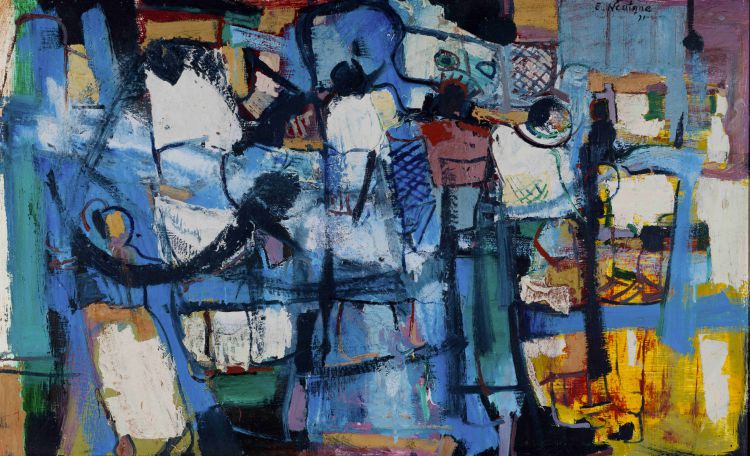 Ephraim Ngatane was raised in Soweto, and in 1952, he made his way to the Polly Street Art Centre to study under Cecil Skotnes and Durant Sihlali.

‘We didn’t turn anyone away from Polly Street, but the challenge was always to identify those students that stood out from the rest. Ephraim was such an eager learner, always ready to experiment and try something new. We soon discovered that painting was not just a hobby for him, but rather a way of life’ (Skotnes, 2008).1

In The Neglected Tradition exhibition catalogue (JAG, 1991), Steven Sack divides the artists of Polly Street into two broad stylistic categories, the ‘neo-African’ style, used by those inspired by traditional African sculpture, and a ‘township’ style, used by artists such as Ephraim Ngatane who drew on their everyday reality. During the apartheid era, travelling to the distinctive township locations the artist wanted to represent in his work came with specific challenges – in addition to sometimes difficult weather conditions, he had to face police pass checks and the dangers posed by gangsters. In the 1960s, Hy Berman (art historian Esmé Berman’s husband) would often assist Ngatane and Sipho Ndebele by signing their pass books to make it possible for them to travel. Ngatane left Polly Street in 1954 and went on to the Jubilee Art Centre, teaching artists Louis Maqhubela and Ben Macala. From the 1960s, he focused on working with oils, insistently developing his own unique technique, and encouraging his students to do likewise. Ngatane took a non-conformist approach to his work, and his experimentation with abstraction can be seen in later works such as the present lots.2 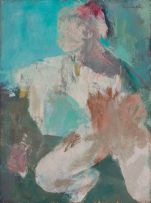 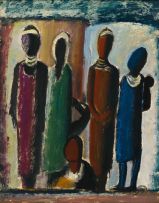 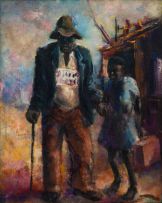 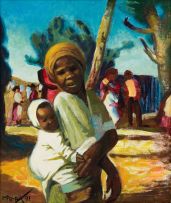 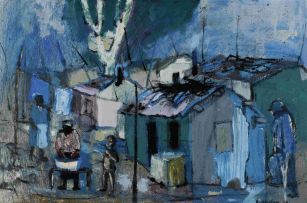 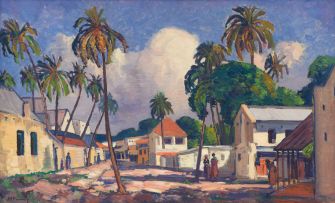